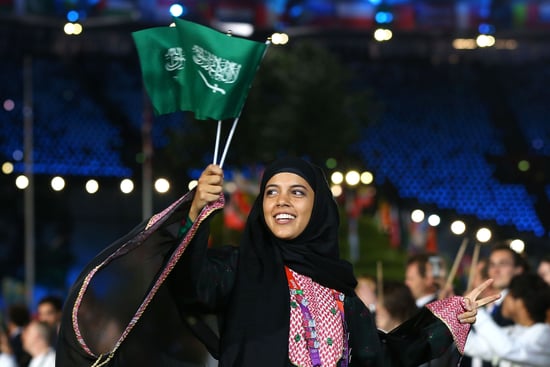 Sure, we've been dazzled with the crazy-hot male Olympians competing at this year's London Games, but it's the women who are really making waves this year. There are a number of firsts for female athletes at this Summer's Olympics, including a record for the US team and strides being made for the Muslim countries competing. Here are the wins for women we're excited about:

With these advances come growing pains, as Saudi Arabia's judo competitor Wodjan Ali Seraj Abdulrahim Shahrkhani almost dropped out when the Olympic federation ruled that she wouldn't be allowed to wear her hijab while competing. It should also be noted that the IOC heavily influenced Saudi Arabia, Qatar, and Brunei's decision to allow women to compete this year. But at least this pressure has given these women new opportunities, and they'll hopefully be able to serve as role models for future generations of women.