On season two of Mad Men, the gang at Sterling Cooper decided that women fall into two camps: Jackies and Marilyns. To help modern women determine which of these 1960s beauties they resemble most, Vanity Fair put together a survey that would drive Don Draper mad, considering it includes a question about your relationship with your father. The quiz is a little late to the game, but fun nonetheless. 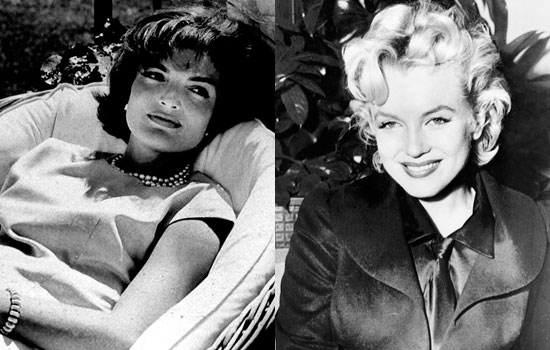 During times of stress, do you: a. go for a walk on the beach; b. meditate; c. pour gin in your tea? I'll go with walks on the beach, unless it's after 5 p.m. Some of the questions aren't so easy to answer. For example, question eight asks: After you sleep with someone for the first time, he: a. offers you the lead in his movie; b. asks you to marry him; c. has a Cartier bibelot on the breakfast tray. I called on my imagination and took the quiz. Apparently I'm a Jackie.

These two women are supposed to represent two opposite ends of the spectrum because they shared little besides John F. Kennedy himself. One is brunette, the other a platinum blonde. One has a demure look, the other oozes sensuality. It's your classic, and simply sexist, Madonna/Whore dichotomy. And while even the guys at Sterling Cooper knew that every woman has both sides to her, Vanity Fair's lighthearted quiz has me curious: are you more of a Jackie or a Marilyn?

Beauty News
We Just Got a Look at Jackie Kennedy's Skin-Care Routine From 1963, and It's Pretty Impressive
by Chanel Vargas 5/21