With a low birthrate and aging population, Japan is worried about its national libido. A survey conducted last September revealed 36 percent of males, ages 16 to 19, describe themselves as "indifferent or averse" to sex, a 19 percent increase since 2008. 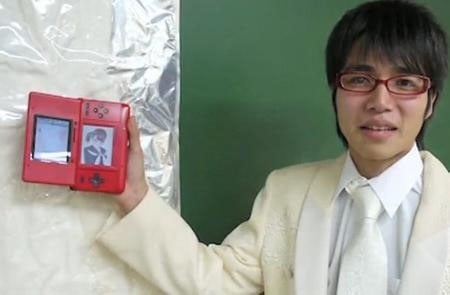 While nobody's suggesting teens should be procreating, they are the future. And if a 17-year-old boy isn't interested in sex, who is? Japan even has a name for them — herbivores. The term, used to describe young men who are more passive and less ambitious in romantic relationships than previous generations, gained popularity throughout the country in 2010. But Japan doesn't seem to have identified a cause, at least according to this Wall Street Journal article.

Does anyone need to look (much) further than Love Plus, a simulation game that allows young men to pretend-date virtual high school girls? Since it debuted in Sept. 2009, men have married their animated ladies, and businesses have started targeting them. A resort town outside Tokyo lured Love Plus players in by creating 13 romantic locations where suitors could augment their two-dimensional bar codes into real-life girlfriends.

Konami, the company that created the game, argues it teaches young men how to be in relationships, but if these statistics illuminate anything it's that Love Plus — and whatever cultural ethos led to its creation and success — is rendering real relationships unnecessary. Maybe it's time for a national stimulus coupon to Japanese love hotels?

DatingNewsCultureYouthJapanLove And Sex
Around The Web

Friendship
My Gay Best Friend and I Took Over Each Other's Dating Apps, and This Is What Happened
by Lisa Holden 2 weeks ago