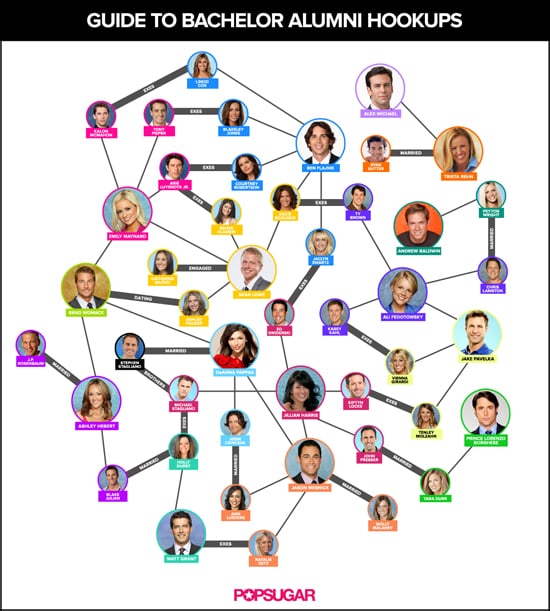 And you thought your dating life was complicated. Eleven years, 25 seasons, and two spinoffs later, ABC's reality TV dating show The Bachelor may not have the best track record when it comes to finding everlasting love for each season's winners, but there have been a surprising number of hookups and marriages among the growing group of alumni.

The Bachelor just finished up its 17th season with Sean Lowe proposing to Catherine Giudici, and the engaged twosome is planning a televised big day. The only other couple that's still together (from the same season) is Jason Mesnick and his runner-up Molly Malaney, who married in 2010 and welcomed their first child in March. The Bachelorette has had a better track record with two successes out of eight seasons. The very first star of the spinoff, Trista Rehn, married her pick Ryan Sutter on national TV in 2003, and they have two children together. And then Ashley Hebert married her season's winner J.P. Rosenbaum (also on TV) in 2012. Even the Bachelor Pad has resulted in some love connections. After meeting on the spinoff, Blake Julian and Holly Durst announced their engagement during the finale and married last year.

Some of the more random pairs include Andrew Baldwin's ex-contestant Peyton Wright marrying Ali Fedotowsky's ex-contestant Chris Lambton in 2012. The duo even has a show together on HGTV. And recently we've been surprised by the matchup of two-time Bachelor star Brad Womack dating Sean Lowe's second runner-up AshLee Frazier. For even more unlikely matches, click on the helpful chart we created above!

On May 27, Desiree Hartsock meets her eligible bachelors in the season nine premiere of The Bachelorette — and if she doesn't find her future husband from those 25 guys, no worries, she can always go back to the show's pool of exes.

Netflix
Mindhunter Season 3 Isn't Technically Canceled, but It's Probably Not Happening
by Grayson Gilcrease 12 hours ago 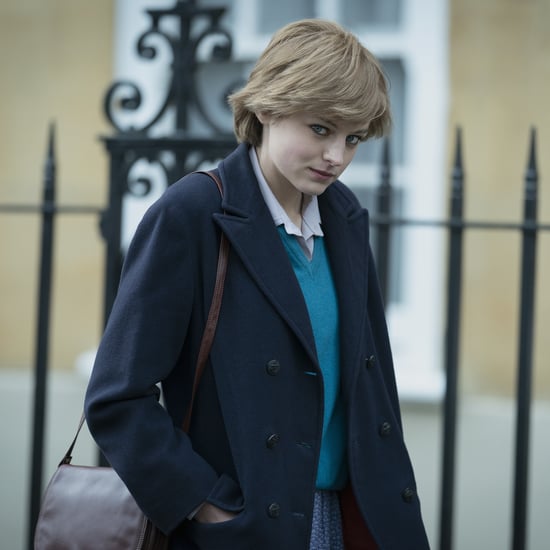