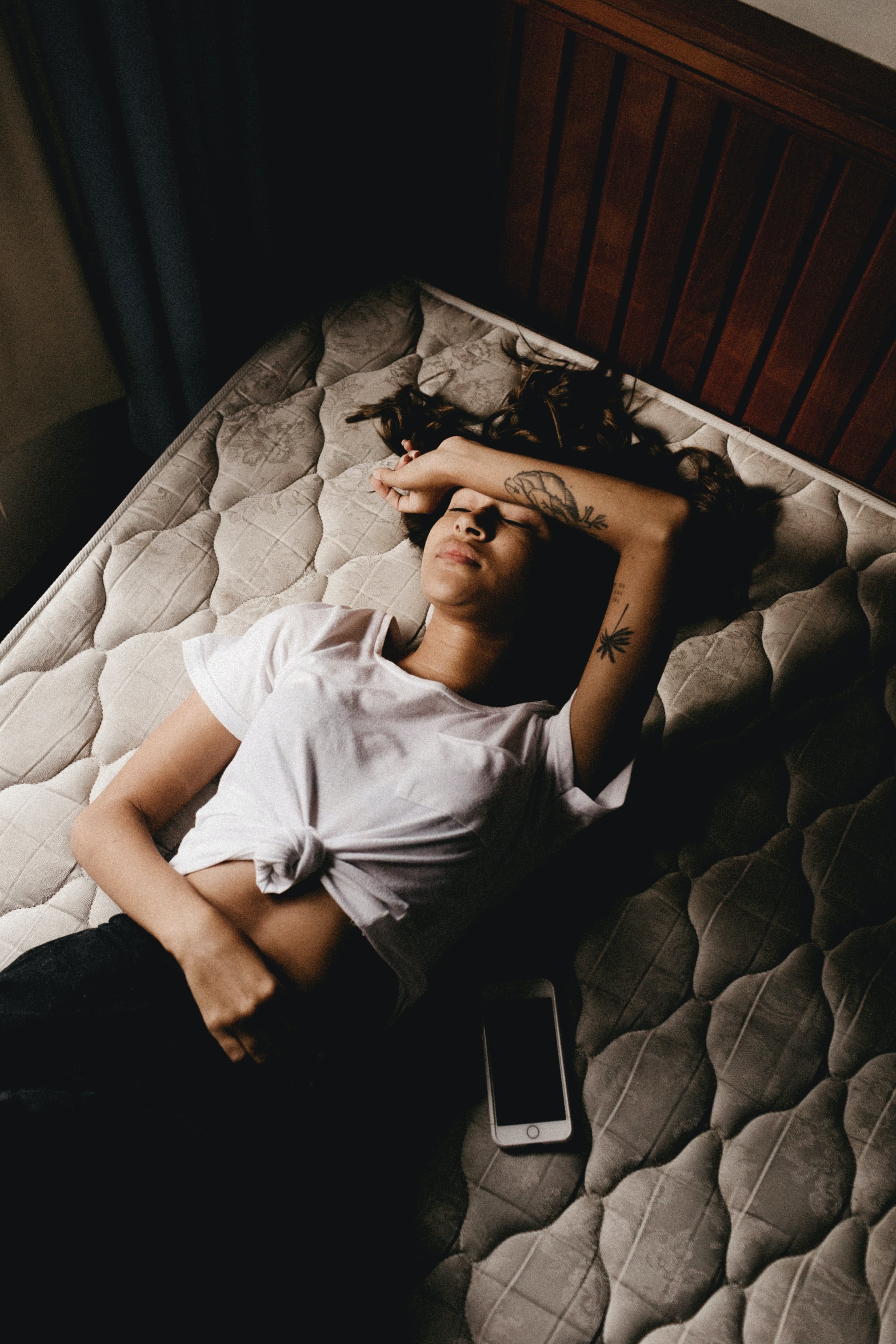 It's 2 a.m. on a Saturday night and Kyliah's eyes are exhausted from her endless rotation from Instagram to Twitter to Snapchat and back. She's been self-isolating in her apartment for two weeks. A month ago at this time, she was meeting her regular hookup for a late-night rendezvous. Now, with her sexual frustration at an all-time high, she finds herself texting her ex, not expecting anything to come of it but hoping it will make her feel any type of sensation that will replace boredom.

In early March, a majority of the US was ordered to self-isolate and stay at home due to the rapid spread of the COVID-19 virus. For many college students who are now back home with their parents after campuses across the country shut down, there's a huge adjustment happening. In addition to the loss of their own space and schedules, it also means many people's sex lives have come to a halt. And while there's a lot of funny Twitter content about sexual frustrations during this time, offline, many young people are actually kind of reeling.

I spoke with a handful of students about how they're doing, and while they're all so grateful for their health and safety during such an uncertain time, they're also focusing on what they're missing: intimacy.

For many college students who are now back home with their parents, there's a huge adjustment happening. In addition to the loss of their own space and schedules, it also means many people's sex lives have come to a halt.

When 19-year-old Caleb moved back home after his university canceled in-person classes, he didn't anticipate how this would send his sexual energy into overdrive. Back home with his parents, Caleb's sexuality as a gay man is the elephant in the room that everyone just ignores. At school, he was free to express his sexuality to its fullest, which included frequent hookups with guys he met at parties or bars. "A whole part of my freedom has just been ripped away," he told POPSUGAR. "It's not even just about sleeping around, but just no longer having the ability to do that or have the option for intimate physical touch has impacted my overall happiness level." Since being at home for three weeks, Caleb's pent-up sexual energy has been building and he now finds him self releasing some of it through Tinder conversations: "I never really used to be on dating apps like that, but now it's the only sexual outlet I have so I've been on it pretty heavily. Mostly just talking and meeting new people." He's now talking to people he may not have interacted with before.

While some people are turning to dating apps, others are returning to old habits. Twenty-year-old Kyliah found herself texting an ex in search of some form of connection. Prior to the pandemic, Kyliah was mostly having casual sex. Now she finds herself masturbating more than usual. "My sex drive is heightened because I'm bored," Kyliah told POPSUGAR. The thing Kyliah misses the most about sex is intimacy, which prompts her to now seek it out in conversations, specifically with her guy friends. "I've always had somewhat flirtatious relationships with my guy friends, but now I'm like let me push this a little bit further," she said.

For 21-year-old Shantal, this isolation has been especially hard on her sexual frustration. When her campus shut down due to the virus, she had to move back home with her parents and be separated from her boyfriend of two years. She's used to having sex once a day, so now that it's been almost a month without seeing her boyfriend, she feels like she's spiraling. "It's honestly been rough, just being at home and not being with him has been hard to adjust to," Shantal told POPSUGAR, adding that she and her boyfriend talk every day over the phone and have upped their frequency of sexting. She plans on reuniting with him soon and resuming self-isolation together after they have each isolated separately for at least two weeks to ensure each other's safety.

Related:
Um, These 11 Animal-Shaped Sex Toys Are So Freakin' Cute

For 21-year-old Jo, she didn't pack accordingly before heading home. "What really sucks is that I left my vibrator in my apartment at school," she said. "I'm a very sexual person, it's just how I operate, so being in isolation has been super frustrating." What's really getting to her is how progressive the dating scene in her town has become now that she can't even leave the house. Jo, who identifies as queer, lives in Knoxville, TN. Back at school, her Tinder preference was set to women, but there weren't many queer women on Tinder in that area. To her pleasant surprise, there are a lot more queer women in her hometown now. "My city is getting more queer which is really cool. Because we're all bored, I'm talking to like seven girls on Tinder right now," she said. "But the fact that I'm getting more matches and people who want to connect but can't actually go and do that in person is ridiculously frustrating."

Lindsay, 21, was having the time of her life studying abroad in Australia when she suddenly got an email a few weeks ago telling her to pack up and return to the states. While in Australia, she was in a casual relationship and was having sex frequently. Now being back at home with her parents, Lindsay feels the impacts of sexual withdrawal more than ever. "My parents are older so there's definitely a generational disconnect, too", Lindsay told POPSUGAR. "It's not the most supportive environment to be sexually frustrated."

Social distancing and self-isolation are purposeful and highly necessary to combat COVID-19, but staying in for a good cause does come with sacrifices. It can affect our mental health in ways we weren't expecting or can't control, and sexual frustration can be one of those ways for a lot of people. But not being able to engage in sexual activity in person creates an opportunity to get creative and explore other ways to get sexual pleasure, like phone sex, sexting, trying out a new sex toy, or reading an erotic novel. This is a great time to be sexually introspective, get in tune with yourself, try new things, and remember that this will pass. Until then, you just might discover something you like enough to do post-isolation.

Dating
Can Taking Testosterone Change Who You're Attracted To?
by Taylor Andrews 3 weeks ago