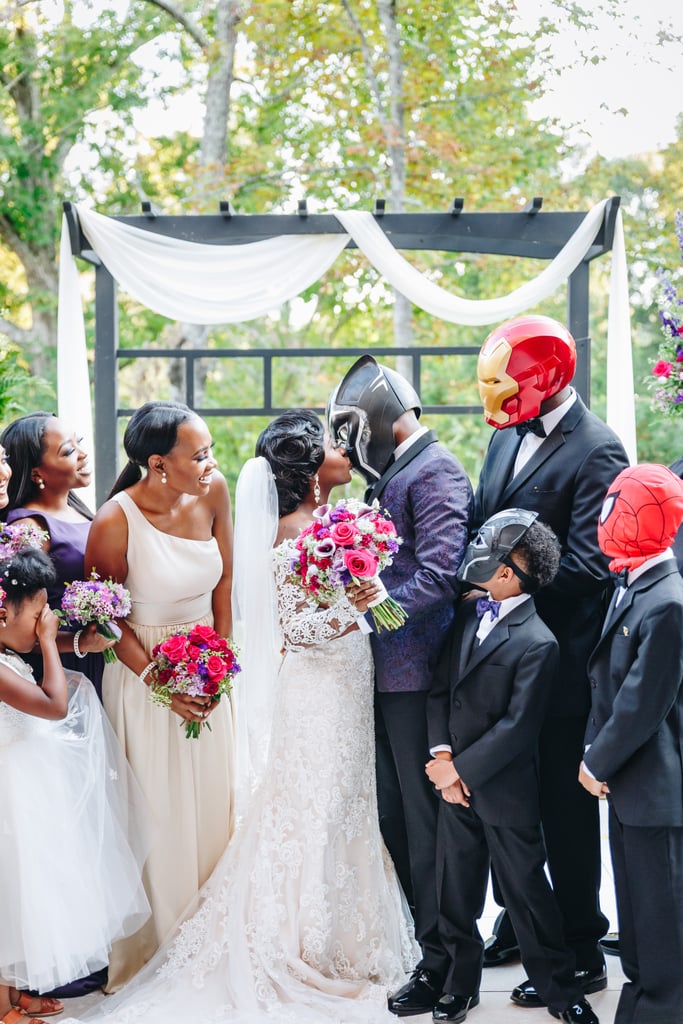 Shana and James's love story all began with a simple "like" on social media. The two messaged each other for a while and wound up going on a couple dates. Shana was late to both, but that didn't deter James. In fact, James's mom is always late, and he always thought he would marry someone with similar traits to his mother.

"At the end of the second date when [we] hugged, James [said] he thought I fit him perfectly," Shana told POPSUGAR. "It was like puzzle pieces. We just went well together. It was later I found out from James that at that moment he knew he wanted to be with me for the rest of his life."

When it came to popping the question, James took his time after purchasing the ring to plan the perfect, most memorable proposal. Finally, the idea came to him: first, he wrote and recorded an original song for Shana, then he filmed a music video that featured all of their friends and family with a surprise proposal at the end. Shana was told the film was for a Black love documentary, so she had no idea what James had up his sleeve. "While filming, all our family and friends jumped out of nowhere and screamed 'Shay!'" Shana said. "Looking around the corner to see everybody there, especially my best friend, who I thought was still in Michigan at the time, was totally shocking and mind-blowing. After turning back around I see James on bended knee and of course, I start to cry. He then asks me to marry him, and [I] said yes!" The gesture was sweet, romantic, and in Shana's words, the "most amazing proposal."

It wasn't long after the engagement before the two started planning their big day. Shana knew what she wanted from the start, but agreed to let James have his input. As it turns out, James knew what he wanted as well — a Marvel comics-themed wedding — and immediately started purchasing the outfits and masks needed to make it happen. The couple got married in October 2019 in High Point, NC, and had a celebration of a lifetime, complete with superheroes and elegant touches.

Related:
A Wakandan Wedding: This Bridal Shoot Is Inspired by Black Panther, and OMG — It's Gorgeous
Previous Next Start Slideshow
WeddingMoviesReal WeddingsWedding ThemesMarvel