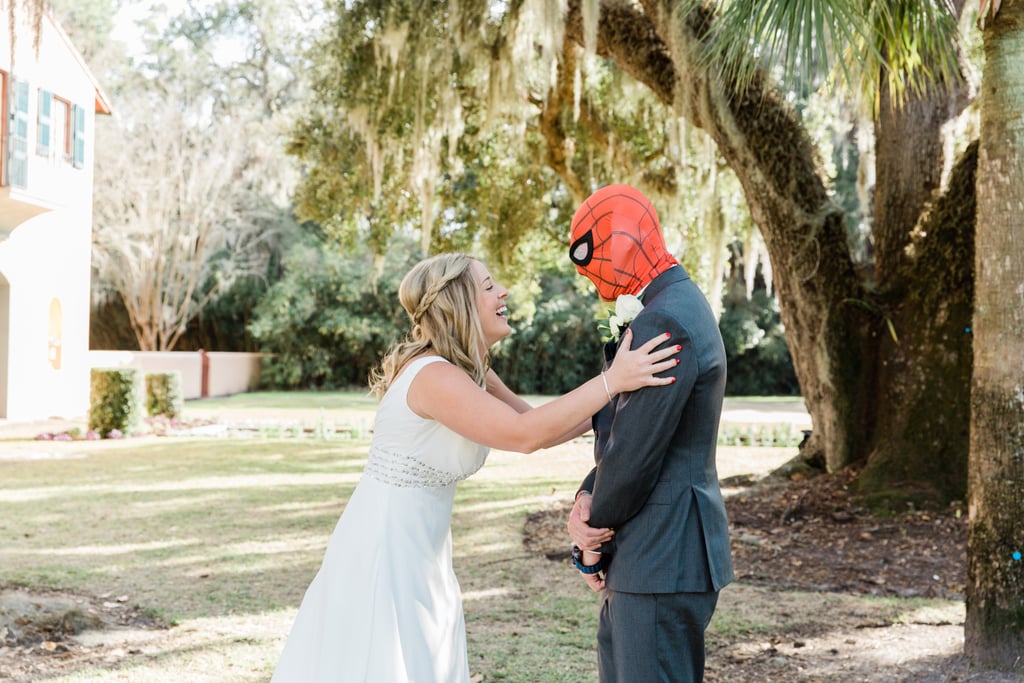 Jett and Josh first met when they were kids; Josh played on a minor league baseball team, and Jett, who was a softball player herself, enjoyed watching the minor league games. Josh's team was playing in her hometown, and after he hit and stole a home run from the other team, Jett joked to her friend that she'd marry him. Lo and behold, she wasn't kidding. The two quickly became inseparable, and after college, Josh followed his dream of becoming a professional baseball player for the Houston Astros. He was known as "Spider-Man" to his teammates for his impressive diving catches and lucky Spider-Man t-shirt, which he wore under his jersey during games. Josh loved Spider-Man, so by the time he popped the question, it was without a doubt Jett's spidey senses were tingling.

The two got married at Jekyll Island Club Resort in Georgia, where Josh's family was from. The wedding theme included nods to Spider-Man everywhere, from the cake to their shoes and even Josh's suit. Jett made sure their wedding was far from ordinary. As gifts to one another, the pair gave each other World Wrestling Entertainment robes and matching belts, because, as Jett put it in an email to POPSUGAR, Josh "is a big WWE nerd." They wore their WWE getups into the entrance of their reception. "Everybody was shocked, laughing, and smiling. We went straight into our first dance and that was definitely the highlight of the night," Jett told POPSUGAR in an email.

Overall, the couple's big day turned out to be a success. From the venue's beautiful trees and waterfront views to the fun themes centered on baseball, Spider-Man, and WWE, the magical evening flew by in an instant. Keep reading to see all of the gorgeous pictures from Jett and Josh's extraordinary day!