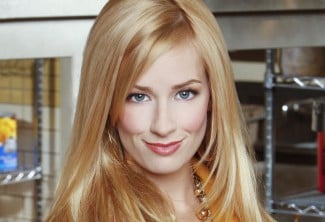 Since when is being broke funny?

Since CBS released its new sitcom 2 Broke Girls, in which actress Beth Behrs plays a recently humbled heiress, Caroline, who moves to Brooklyn to hide out after her father loses their family fortune in a Ponzi scheme.

Caroline winds up living with her perpetually poor fellow waitress, Max, played by Kat Dennings, and the two hatch a plan to save their wages and start a cupcake business.

Recession-era cupcake businesses have been all the rage lately (see: Bridesmaids), but shows addressing personal finances — or lack thereof — with humor and honesty is something we don’t see very often. Caroline and Max manage to plan for their future while hustling for their present — and survive on a shoestring with admirable grace. We love that these characters live richly, even on a tight salary: After all, that's what LearnVest is all about.

And, of course, any show where the leading ladies discuss interest rates is right up our alley.

Check out our exclusive talk with Behrs on her penny-pinching past, her first pair of Louboutins — and why she still chooses to live with a roommate in real life. It turns out that we can learn something from celebs about money.

LearnVest: As a 26-year-old in Hollywood, how much of Caroline and Max’s financial struggle can you relate to?

Beth Behrs: Literally up until we shot the pilot, I was working as a nanny five days a week and then as a bartender and concierge at The Geffen Playhouse on the weekends. So, I can definitely relate to being broke, right out of college and working tons of odd jobs to just pay the rent.

Real-life waitress stories and more from Behrs.
Were you ever a waitress like your character Caroline?

I was, but not for very long — I wasn't very good at it and I hated it. I much preferred being a nanny and working with kids. I worked with the same family for three years and they were amazing because the parents would let me go to auditions when I had them, and if I had to leave to do a movie, I always had my job when I came back. I know that not many people find that sort of situation, so I was very lucky.

Did you do any sort of research to play Caroline?

As far as the being broke part, I had the research covered. But, I didn't come from money like Caroline. My parents both work in education — my mom's a teacher and my dad's a headmaster of a private school—so I talked to [the show's creator] Michael Patrick King, about how this is a girl who literally walked out her door each day and there was a doorman, a car waiting for her and a Starbucks in her hand.

The day-to-day of being a billionaire is really fun to imagine. And then to have it all taken away is pretty amazing. I actually just watched the 60 Minutes on the Madoffs. Caroline's story is not based off of Bernie Madoff in any sense, but once I saw that, it was fascinating to imagine Caroline's relationship with her father and how people in New York would treat her.

It’s extremely timely to think about the devastation of losing everything.

Exactly, to hear [the Madoffs] talk about that was very good research.

The show is doing great, and the cast was just nominated for a People’s Choice Award. Why do you think it resonates so much with people right now?

I think there are a lot of reasons. I think that our amazing writers and creators created two authentic women who speak their minds, talk like women actually talk and don't hold back comedically. And, I definitely think the economic factor — so many people can relate to the situation right now.

I hope also that people just like the relationship between Max and Caroline. I think it's really cool to see an honest friendship and girls from different backgrounds not being mean to each other. I think a lot of times on a show, there will be a bitchy Upper East Side heiress and a poor girl who don’t get along. [But Max and Caroline are] never outwardly mean to each other, which I really like.

(Good! Otherwise we'd term that a "money-toxic friendship." What that is and what to do about it.)

Michael Patrick King was one of the creators of Sex and the City and those characters did very well financially. Why do you think people are responding to seeing a more realistic portrayal of women in their twenties?

Deep down, isn't that what people want to see? We want what we watch on TV to be real and relatable. That's what makes it fun to watch. It is a sitcom, but even if sometimes the comedy is big and broad, the writers always write from a real place. And Kat and I always try to make everything we're doing and saying as real as possible

Caroline is very money-savvy—are you like your character in that way?

Definitely. I think from being broke, I learned how to budget. When I graduated college and was trying to pay off student loans, it was really hard for me to figure out, budget-wise, how to have rent at the end of each month and also have food. I remember that first year, my roommate and I would just sit on our couch on the weekends and watch TV because we didn't even have the money for gas to go somewhere and do something. But then on those weekends when we could afford a $10 movie, it was so exciting!

Are you a spender or a saver?

So, is it difficult for you to splurge?

I have to justify it. I actually just bought my first pair of designer shoes, which was a huge deal for me because I've never had nice, designer shoes. Even Kat was like, "Every girl should have just one pair!" So, I bought Christian Louboutins, which is what I've always wanted. But, I got a classic, black suede boot. I could wear them every winter from now until I’m 84 and they’ll still be in style.

(Find out which other celebs are budget-conscious, here.)

So you’re still pretty practical even within your splurges.

Yes, definitely. I think I learned that kind of practicality from my mom and dad.

Is money something that you talked about growing up?

Yeah, my parents definitely discussed money. There was a time in high school when girls were all getting designer jeans — Citizens and Sevens and all those — and of course my little sister and I were like, "Why can't we have these jeans?" So it was definitely discussed that we couldn't afford that, or we would need to figure out a way to afford that.

Follow in Caroline's Footsteps: Take control of your finances with our free Take Control Bootcamp. Sign Up

What did they teach you about money?

My parents instilled saving in me from a young age. Each week we'd get an allowance, and if we spent it, it was gone. In high school, they would give me a certain amount each week for lunches and so if I wanted to go to the expensive place, the next day I might have to pack a sandwich. I’ll teach my kids the same way they taught me because I think it was really good.

Caroline and Max talk about money. Is that something you talk about with your friends?

I have a very eclectic group of friends in the sense that there are some who are very smart with their money and save, and then I have friends who are in so much debt because they went on a huge trip and put it on their credit card when they didn't have a job. I can't relate to that, but I also can't tell someone what to do with their money.

(It can be really hard to break the money taboo, but it's important. Here's how to start the conversation.)

So what’s in store for Max and Caroline? Do you think they will reach their goal and open a cupcake shop?

We really don’t know what's going to happen until we get to the table read on Wednesday morning. It's exciting every week to get the script. But, I think what we've seen so far is very cool with the way our funds have fluctuated. I think that can go on for a long time, and then if we do get the money, starting up a business would be another financial journey. I think we have years to go in that sense.

What is the best advice that you've gotten about money?

As an actor, you’re never guaranteed a job forever and there's not really a set path—you don't start as an assistant and then become a junior executive and work your way up money-wise. So the best advice I've been given in this business is don't count your chickens before they hatch. Save everything that you can and be smart about [what you buy].

Are you still living with the same roommate?

I am, actually. It's always more cost-effective to live with a roommate. [Laughs.]

What’s one thing you wish you had known about money when you were younger?

That once it's gone, it's really gone.

Why does beloved NBC personality Al Roker take the subway? We asked him.
Do you dream of interior design? Find out how two self-made interior designers got started.
Kim Kardashian did get one thing right with her divorce: We'll tell you what it was.

2 Broke GirlsMoneyBeth Behrs
Around The Web