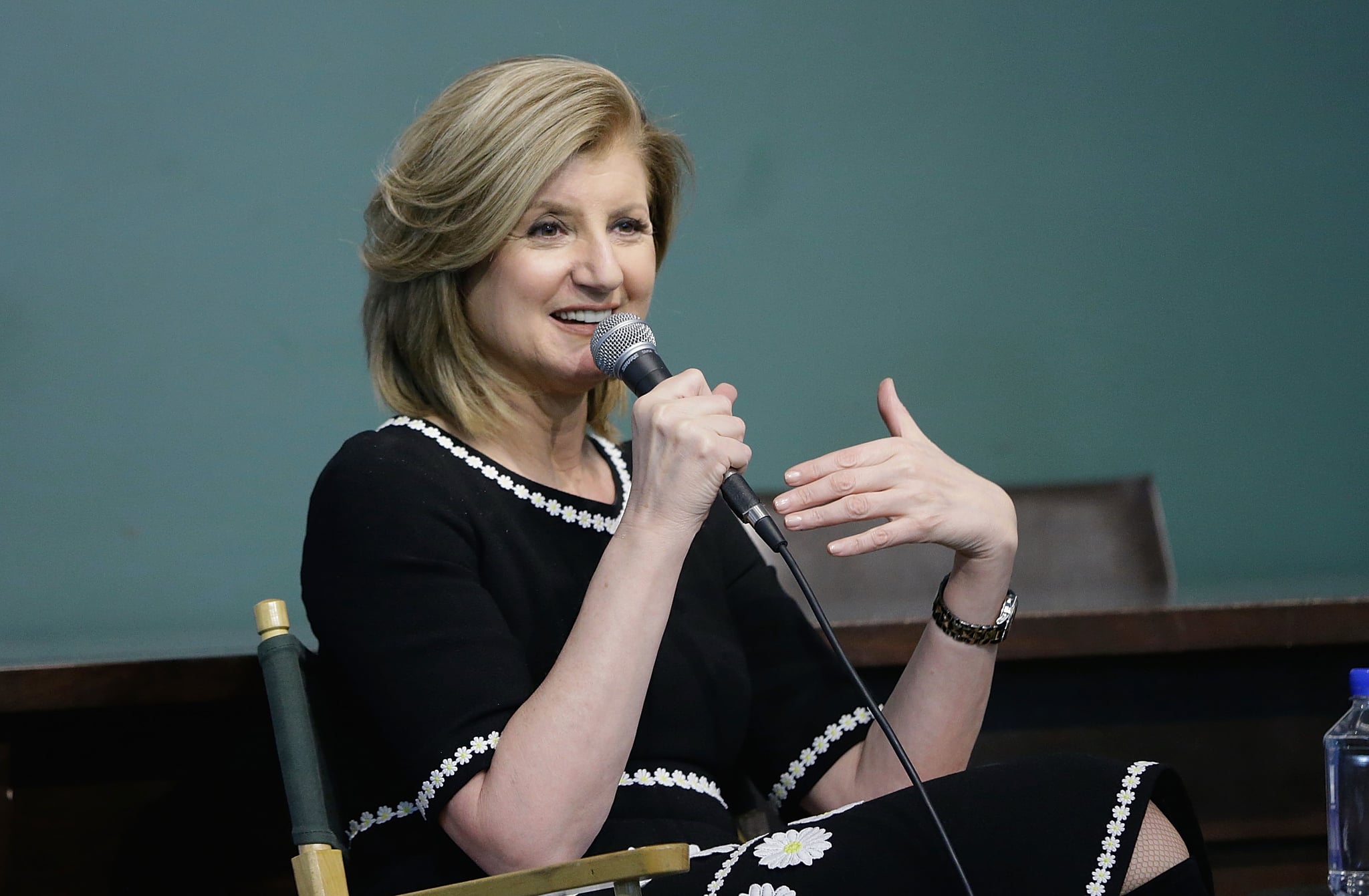 Did you ever think you could find a boss who would advocate taking naps during the workday? Arianna Huffington, the cofounder and editor in chief of The Huffington Post, is that businesswoman. And for good reason. In 2007, Arianna experienced a major wake-up call: she literally broke a cheekbone when she fell asleep at her desk from lack of sleep and being overworked. The moment inspired a rethinking of her priorities and the understanding that being successful begins with fundamentals, like sleep.

The passion for zzz's and research into the science of sleep led to her new book, The Sleep Revolution: Transforming Your Life One Night at a Time.

I interviewed Arianna about how to achieve success and work-life balance, and she listed sleep as the top priority. Otherwise, "everything becomes transactional. You go through the motions — you go to your meetings, you get your to-do list. There's no joy and there's no real creativity." Arianna believes in this approach so deeply The Huffington Post now has nap pods you can book throughout the day for a rest — whenever you need it.

While many workers don't have ample calendar time to catnap (or don't make time), Arianna believes even 20 minutes can restore your energy and mind. "You must recline," she said. And she leads by example. She has a glass office with a couch and makes a point of lying down for her team to see that she has to rest and recharge at times. And so they see they can follow suit. She quips it's the way to "sleep your way to the top."

It is the science behind the importance of sleep that led Arianna to the understanding that you can achieve success if you understand how important sleep is. When I asked Arianna what surprised her most about all the research she did for the book, she said, "sleep is of the brain, and for the brain, and by the brain. For a while, we thought that sleep was a kind of inactivity; sleep is actually a kind of frenetic activity where all the toxins that accumulated during the day are flushed away." So when you start the day recharged, you are more likely to succeed at the office, get that desired promotion, and prove to your team that you are well equipped to run the show!