Everyone has their own approach to money, and it turns out that your personality plays a big factor. LearnVest shares how various personalities handle money differently. 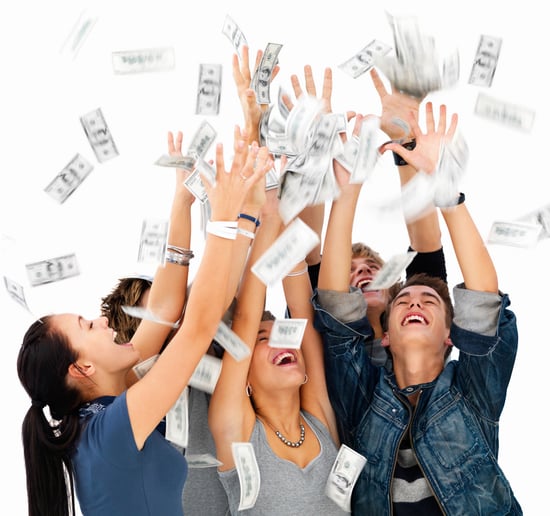 As a financial planner, Ray Linder sometimes found that he would give what seemed like solid, reasonable advice to a client that would be met with a surprising level of resistance — one that had more to do with emotions than anything else.

A little digging told him that people handle money differently, according to their personality type, and these differences were often in line with the Myers-Briggs test.

Related: Should I Get a Financial Planner? 5 Money Conversations From CFPs

You've probably heard of it: The Myers-Briggs test is a psychological profiling exam that was created during WWII. It divides people into extroverts and introverts, and then segments them even more into types that sense vs. intuit, think vs. feel and judge vs. perceive.

It's kind of complicated, which is why categorizing people into the 16 personality types outlined by the Myers-Briggs test — which you can officially take for a fee — is big business. (The results are often used by recruiters, human resources professionals, salespeople, matchmakers, and lawyers in various professional capacities.)

Linder was so interested in the parallels between the Myers-Briggs test and his clients' approach to finances that he literally wrote the book on it: What Will I Do With My Money? He also consolidated the 16 types into four broader categories: Protectors, Planners, Pleasers, and Players.

But he's careful to point out that there's no right or wrong place to be within the 16-category universe. Rather, the purpose of figuring all this out is to capitalize on your type's natural assets — as opposed to shame yourself or beat yourself up.

We tracked down Linder to hear more about the four P's — Protectors, Planners, Pleasers, and Players.

These people are, by nature, very conservative, says Linder. "They think ahead, make sure their future is taken care of, buy the same brands, and shop at the same stores," he adds, noting that they are careful caretaker types who often end up working in the banking system — though not the Wall Street community.

It may sound like this is the ideal way to be, but the case that first interested Linder in the study of personality types was actually an extreme Protector. "He was a conservative guy financially, but he got very emotional at the idea of spending anything here and now," says Linder. "It was difficult for him to let go of this idea of a perfect future, even to take advantage of minimal-risk investments — or schedule a vacation."

This, he points out, can lead to all sorts of problems, not the least of which could be marital discord. According to Linder, Protectors make up about 38 percent of the population.

If You're a Protector: Although it may seem like being a Protector is a recipe for success, this personality type can have a lot of trouble with unanticipated change — and make bad decisions out of sheer panic.

Prepare for the unexpected by having a full emergency fund, which should cover at least six months of net income.

These types will be more into "longer-term investing — they're better able to take risk with contingency plans," says Linder. "I could give a Planner all of the probabilities and long-term goals, but what he wants to know is exactly what he will have every day, and then he'll track that with utmost certainty."

Planners like to see themselves as competent — as smarter than the rest of the room — and they make up about 12 percent of the population.

If You're a Planner: You're great at big-picture thinking, but you can become so focused on the forest that you forget to see the trees. In other words, Planners will be living so much in the future that they miss opportunities in the here-and-now, which Linder calls "analysis paralysis."

Choose a portion of your income to divert immediately to long-term savings, and set up another account specifically for "mad money" to use for indulgences today.

These folks take money personally — as an extension of themselves — and "how they spend it is an expression of their identity," says Linder. They approach the idea of "pleasing" two different ways — pleasing themselves or pleasing others. But Linder says that it's different from planning because "a planner wants to make sure that you've got shoes on your feet and a safe and comfortable environment. The Pleaser is more about the emotional, relational needs of themselves and others."

Pleasers see themselves as "caring," and make up about 12 percent of the population.

If You're a Pleaser: A Pleaser can be subject to financial abuse at the hands of individuals who may take advantage of the Pleaser's desire to put others' needs above their own. And even when they're taking care of themselves, Pleasers can abuse their own good natures by overspending "because I'm worth it." Bottom line: Steer clear of toxic friends who can manipulate your best intentions.

Players love having the freedom to merely react to the moment: One of them even told Linder that "currency equals current-cy." Since they're characterized by a tendency to be compulsive, and are unlikely to think long-term, Players are "often the ones at the highest financial risk," says Linder.

Obviously, Players see themselves as "carefree," and comprise about 38 percent of the population.

If You're a Player: These types are going to be overly impulsive and optimistic about risks — and carefree about planning. It's worth noting that there's also an upside to the Player: resourcefulness and a can-do attitude that can be just what's needed for an entrepreneurial experiment.

How to Use Your Results

Across all categories, Linder says, the point to understand is that it's not about the money, but what money means to you — and to any partners.

If your Protector partner says, "We can't afford a vacation," he might really be saying, "I'm worried that you will be left bereft if I don't watch every penny." Meanwhile, as a Pleaser, you may be thinking, "What's the point of having that comfortable old age if we have no great memories to share and look back on together?"

When people feel validated, says Linder, they're more likely to reach for their goal, because "when you stop reacting, you can begin acting on your own behalf."

Check out these smart stories from LearnVest:

Is My Bad Credit Ruining My Relationships?

Why You Can't Predict Your Future Financial Decisions