The trailer for Jobs is finally here, and as much as I'm excited to see anything depicting the late, great Steve Jobs, the big draw here is seeing how Ashton Kutcher embodies the tech giant. The movie introduces us to young Steve, who drops out of college, only to team up with Steve Wozniak (Josh Gad) to create Apple Computer — and not to put too fine a point on it, but a technological revolution as well. We see Steve's tenacity in the formation of the company, including his emphasis on design ("Get out," he barks at someone who dismisses typeface), and an ambition that eventually gets him ousted from Apple too, before returning years later. 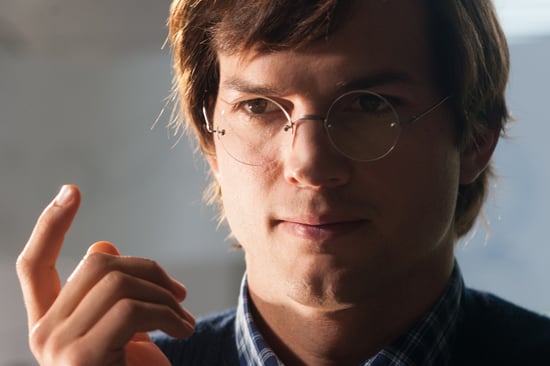 Kutcher does look a bit like Jobs here, even if we only get a glimpse of him as the older version of the man we're more familiar with at the very end of the trailer. I also really love seeing Gad as Wozniak — or "Woz," as Jobs, and the world, calls him. Jobs also features Dermot Mulroney, Lukas Haas, and Matthew Modine and will be released Aug. 16. You can watch the trailer now after the jump.