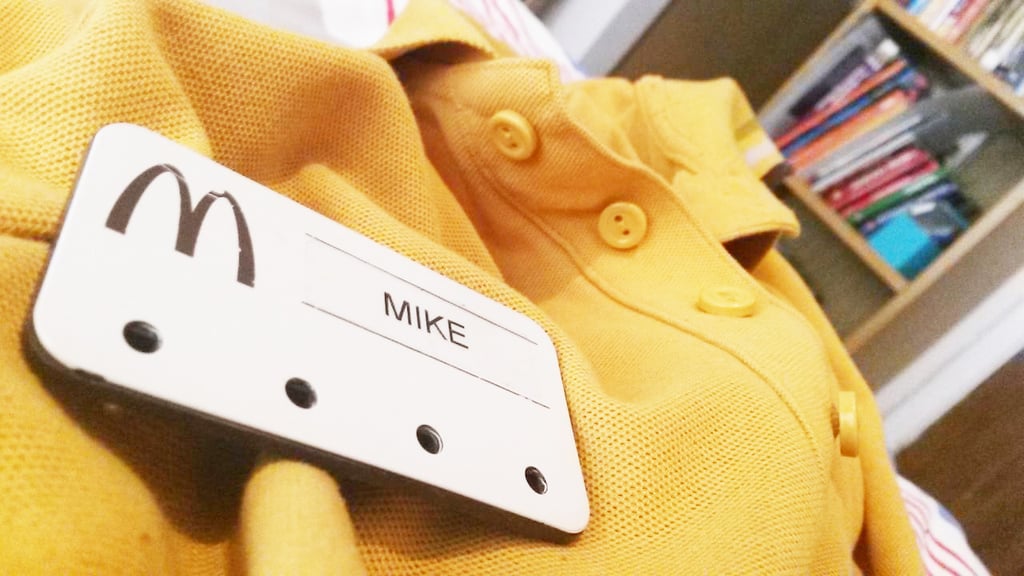 Ever heard the phrase "When you assume, it makes an 'ass' out of 'u' and 'me'"? Well, that's a stupid phrase. Assuming just makes you an ass. Rude McDonald's customers made some pretty inaccurate assumptions about an employee in the UK, and he fired back with a Facebook post that hopefully has judgmental jerks everywhere sitting down and shutting up.

In the post, Mike Waite goes off on anyone who thinks that working at McDonald's means that a person doesn't have aspirations, motivation, or intelligence. He is currently saving up money to go back for a higher education, and remarked that everyone he works with has a story of their of their own, adding that McDonald's offers room for growth and flexible hours (sounds pretty sweet to me!). He goes on to say:

"McD's is not only letting me save up for University, but setting me up with flexible work I can continue over the next years to come. Not only that but I intend on eventually progressing into the management side of things, something which ties in directly to my degree and will enhance my future job prospects. Dam right McDonalds will be on my CV, this job has pushed my limits in so many areas! Yes it has its downsides, yes the wages can be bad and yes it can be difficult, but every job has is negatives and McD's is no different. As someone who has nearly walked out of a shift a few times . . . I can say despite the difficulties the greater picture is not always that terrible. Overall please just take your preconceptions and be rid of them because I work with some amazing people, and like many of them McDonalds is not a 'dead-end' of my working life but rather part of the beginning. Now, what drink would you like with that order?"

Read the full post on his Facebook, and envision with us the hot, steaming piece of (McDonald's apple) humble pie being served up.