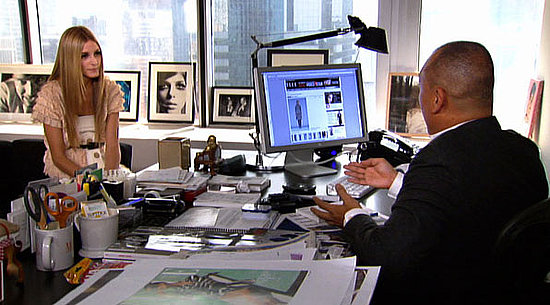 If you've ever watched an episode of the Real Housewives of New Jersey (guilty!), or any reality TV for that matter, you'd likely scoff if I told you there was actually applicable real-world advice hidden away in your 30-minute television break. Still, that's just what MTV's new work-based reality show, Hired, which premieres May 17, is attempting to do. It hopes to give real-life job seekers practical job advice via watching other real-life job seekers on reality TV. Essentially, it's a real-world what-not-to-do for young grads on the job search.

Sure, I have my reservations about the kind of show it might turn out to be — after all, it follows the "cool jobs," the ones at Gen Art, American Rebel PR, and Models International, the same kind of jobs you see on The City. But, that's also part of the point. With the gloom of the recession cast on the newly graduating class of 2010, this show highlights the bright spots, and attempts to show that work at great companies can still be found — you just have to be on your game.

So what exactly can you expect to learn from the show? Find out after the jump.

What will viewers — job seekers — learn from watching? Interview skills, for one. According to SheFinds.com founder Michelle Madhok, whose company will also be featured, the show should be called “How Not to Interview." Additionally, the 20-episode series will feature designated job coach, Ryan Kahn, who reveals the ups and downs of the hiring process for employee and employer, alike. As executive producer, Noah Scheinmann, says of the show, "We know it’s very timely. But it’s also very timeless. We all wish we had this when we graduated.” What do you think — is this sheer entertainment or user-friendly advice for Gen-Y job seekers?

ADVERTISEMENT
Job SearchMTV
Around The Web

Music
R&B Singer Kiana Ledé Enters a New Phase of Her Career: "I'm About to Break the Wall Down"
by Brea Cubit 12/02/19