To my former fashion editor boss who hazed me:

First of all, thanks for hiring me! You gave me a dream job that a million girls would want. Getting an offer letter to be an assistant fashion editor — which catalyzed my career — was one of the proudest moments of my early 20s.

If I had not met you and joined your team, I would not be in the place I am today: a senior editor, managing a team, and living out the career I've wanted since I was in high school. But the path here wasn't smooth, and you certainly didn't make it easy.

For starters, did you really have to make fun of me to my face? I always knew when you were not-so-covertly talking about me with the only other editor on our team. You two would chat via IM, giggle, and toss knowing looks over at my corner. I may have been junior, but that made me feel especially small.

Then there was the time we randomly took the same bus to work. After I attempted to make professional small talk, you cut me off in a deadpan voice and said, "Well, you're friendly today." That stung.

But chitchat was the least of my problems when you started stealing my ideas while making me do your work. Often I'd pitch an idea in a meeting or I'd show you a story from my portfolio, and you would say you liked it (yay!). So you'd instruct me to call in all of the clothes and accessories for the shoot, style it on set, write the copy, and fact-check it. Then you'd slap your byline on the feature. It was devastating every time the magazine was printed. I should have told the editor in chief what was happening, but I was scared of you — and terrified of failing.

I often felt like Cinderella, and not in a good way. Like the Disney princess who couldn't go to the ball unless her seemingly endless amount of chores were done, I was not allowed to write my own stories unless I finished tasks for you. You'd come into the office between 10 a.m. and 11 a.m. (I was convinced you were home straightening your hair every morning). And even though I came in at 9 a.m. with the interns, you'd make me stay until after 9 p.m. with you. Often my work was done, but again, I was stuck doing yours. 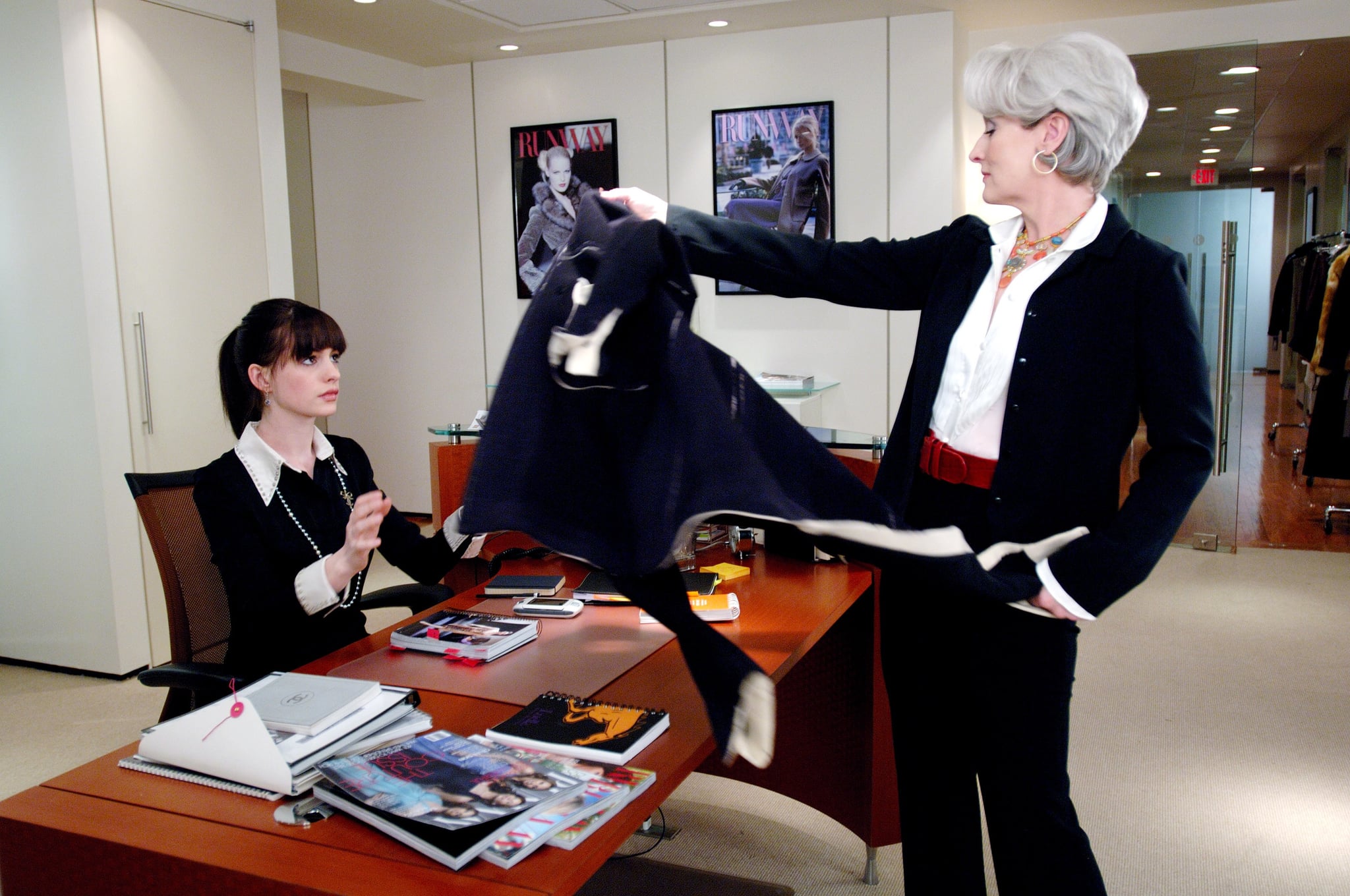 My to-do list was so lengthy that you often made me write it out, and then you'd put numbers next to each task in the order you wanted them completed. But instead of allowing me to get through it, you'd interrupt me with more tasks: look up an easily Google-able phone number, order your lunch (I can still remember that salad combination!), and so on.

Though I'm pretty tough, it eventually got to me. I distinctly remember coming back from a family vacation and being told we needed to have a brainstorming meeting. But instead, it was a ploy to gang up on me, as you and the other editor confronted me about my performance. After I sobbed for a good 15 minutes about how I couldn't meet your (unrealistic) expectations, you finally let us relocate to a more private conference room. You exploited me.

You really blew my mind when, after two years, I finally put in my notice to take a new job. You started crying! I thought you hated me, but now you could not live without me. You demanded I write a month's worth of content in my last two weeks, forbade me from going to any work events, and eventually just stopped speaking to me. You were so terrified of not having an assistant that you hired an intern to replace me while I was still employed! Even after I thoroughly trained her, it never felt like enough.

When I bumped into you at Fashion Week a year later, you looked me straight in the eyes and pretended not to know me. Burn.

But here's the thing, ex-boss: if you didn't push me, I never would have become the person, editor, and worker I am today. I know you actually believed I was talented or you would've just fired me (you certainly had the chutzpah). You loved my ideas so much that you were comfortable running them with your byline. This gave me confidence in my creativity. Being able to quickly pitch good ideas was an essential skill to have mastered when I switched over to a digital-only role.

Doing my job against your tough expectations made me grow. I became a quick, careful fact-checker and a detailed writer and editor. You pushed me, and I did more than I thought possible each day. There was rarely an hour when I wasn't working hard, learning something new, or figuring out how to solve a problem.

Though not under the ideal situations, getting to take on "shadow" your work made it a seamless transition into my next job at a higher level. In the end, I am capable of doing multiple people's jobs at once, a skill needed in today's economy.

It also made me believe in karma. After you, I inherited a nurturing boss and mentor who helped me get multiple jobs. And instead of treating interns and assistants the way you treated me, I go the opposite route — encouraging them, mentoring them, and having open, communicative dialogue. I am not scared of the person under me moving up, because I believe we are all talented and will rise together. Being this type of worker scored me a job at a place (POPSUGAR!) where the top leaders have an enforced no mean girls policy. "Work hard, play nice" is our mantra.

PS — We now have the same job title. Cream rises!

Careers
Around The Web