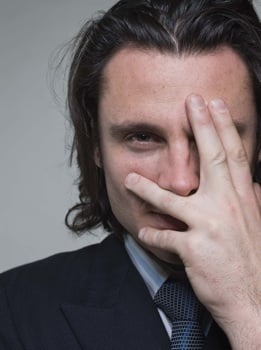 There's a 30 Rock episode where Tracy Jordan tries to get in touch with the common man, so he befriends a janitor, saying "I like you. Can I feel the rough skin on your hands?"

Judging economic status by hand smoothness is good enough for Tracy Jordan and Charles Dickens novels but not science. Nope, science got scientific and found rich guys have index fingers that are longer than their ring fingers.

Yes. The longer the index finger, Fiona Macrae writes in the Daily Mail, "the greater the chance that he is a go-getter who doesn't take no for an answer, whether it is sealing a financial deal or trying to win a girl's heart."

Yes, because that's what all women want: men who don't take no for an answer.

Image Source: Thinkstock
MoneyNewsStudiesLove And Sex
Around The Web