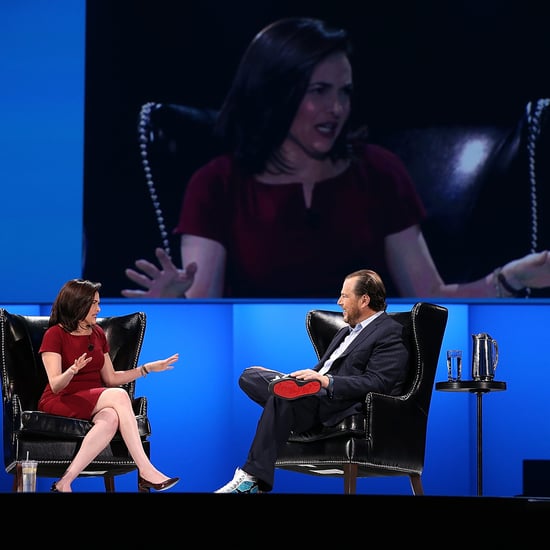 It's crucial for women to have mentors, especially if they want to get ahead in the workplace. In her keynote speech at Dreamforce 2013, Sheryl Sandberg, the chief operating officer of Facebook, says that a barrier women often face is not being able to be alone in a room with a man. She says that it should be "badge of honor for men and women to be alone in the room."

According to Sandberg, It's important to be able to be alone in a room with a man, because the people who are in power are largely men. And for truly effective mentoring and sponsoring, women and men need to be able to have "alone conversations."

Both women and men may find it hard to adjust to the idea that it's OK to have professional conversations behind closed doors because of the implications of talking about something other than business. I know that I can be overly cautious when meeting with a professional contact of the opposite gender who is older than I am. My wariness sometimes extends to the point where I forgo one-on-ones to avoid the potential awkwardness. However, this caution does stem from past experiences with inappropriate attention from men who I was trying to cultivate purely professional relationships with. And I'm not alone in this — many women have similar experiences. Take, for example, the whole debacle with Bora Zivkovic, renowned in his field and a former contributor to Scientific American, who has been accused of sexually harassing several young women who only had intentions of gaining a mentor.

These experiences, both personal and the ones we hear about in the media, have caused a natural reaction in many to avoid developing close relationships with mentors and sponsors of the opposite gender. However, perhaps it's not fair to paint all potential interactions with the same brush. And it may only be hurting women, because it's clear that most of the people in the positions of power are men. Just look at how many female CEOs there are in Fortune 500 companies — only 22, which makes up 4.4 percent of the CEOs of Fortune 500 CEO roles.

If women don't feel comfortable reaching out to men who are in power, we are limiting ourselves to a very small pool, which can affect opportunities for more women to hold executive roles. Women earn 77 cents to every dollar men make, but maybe we can start to turn the tide by overcoming this stigma and learning to be comfortable with having "alone conversations" with men.