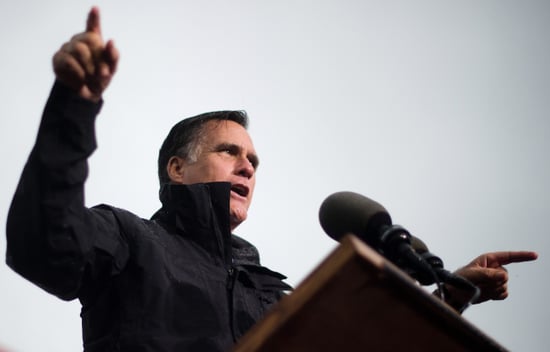 We've heard the term "private equity" bandied around many times in the media — more than usual — ever since Mitt Romney became the Republican Party's nominee for president. But what does it really mean? Better inform yourself on Romney's past career as the cofounder of Bain Capital, a billion-dollar private equity investment firm he ran for 15 years, by learning more about this type of finance company:

What is a private equity firm?

It's a term often used in the field of finance to describe a company that invests in another company by buying it out or buying a stake in the company. It generally prefers to have total or significant control of the direction of the company it invests in. The private equity firm will usually have multiple companies in their portfolio.

Where do they get the money to invest?

The private equity firm raises money from institutions such as endowment funds and pension funds, money from wealthy individuals, and the managers of the firm to create the fund. Before they invest in a company, they will borrow money from the banks to pool with their fund.

What do they do after they invest in a company?

The private equity firm then holds the company for about five years and tries to make it more profitable. Once it does so, it can then make more money off of it by selling it off or going public. The term for going public is also known as an IPO or initial public offering. A private company is one where its shares were not sold to the public. Once a firm goes public, it's on the stock market and it sells a part of itself to outside investors who can afford it.

What the proponents say:

What private equity firms do in many instances is to turn a flagging company around to make it profitable. By doing so, they give the firm a chance to stay afloat and even prosper. Although they may cut the jobs of employees to increase the firm's profits (labor is a huge part of a company's costs), it's possible that portfolio company would've been heading toward bankruptcy if the private equity company did not intervene. It's not an ideal situation for the private equity company to have a firm it manages go bankrupt — akin to losing the equity in the house you invested in when it gets foreclosed. Ultimately, it is usually preferable for a portfolio company to thrive to be able to sell it for a higher price after five years. This also reflects the track record of the private equity company, so it is generally in their better interests to not leave a trail of bankruptcies in their management history.

What the opponents say:

Private equity companies don't care about the firms they manage, and they're only there to make money off of them. The steps they take to cut costs, which includes laying off people, and the damaging impacts that has on the local community aren't a big concern to them unless it's related to profits. The private equity companies may take greater risks to generate more income, which may lead to bankruptcy or a company becoming worse off than it was before the takeover.