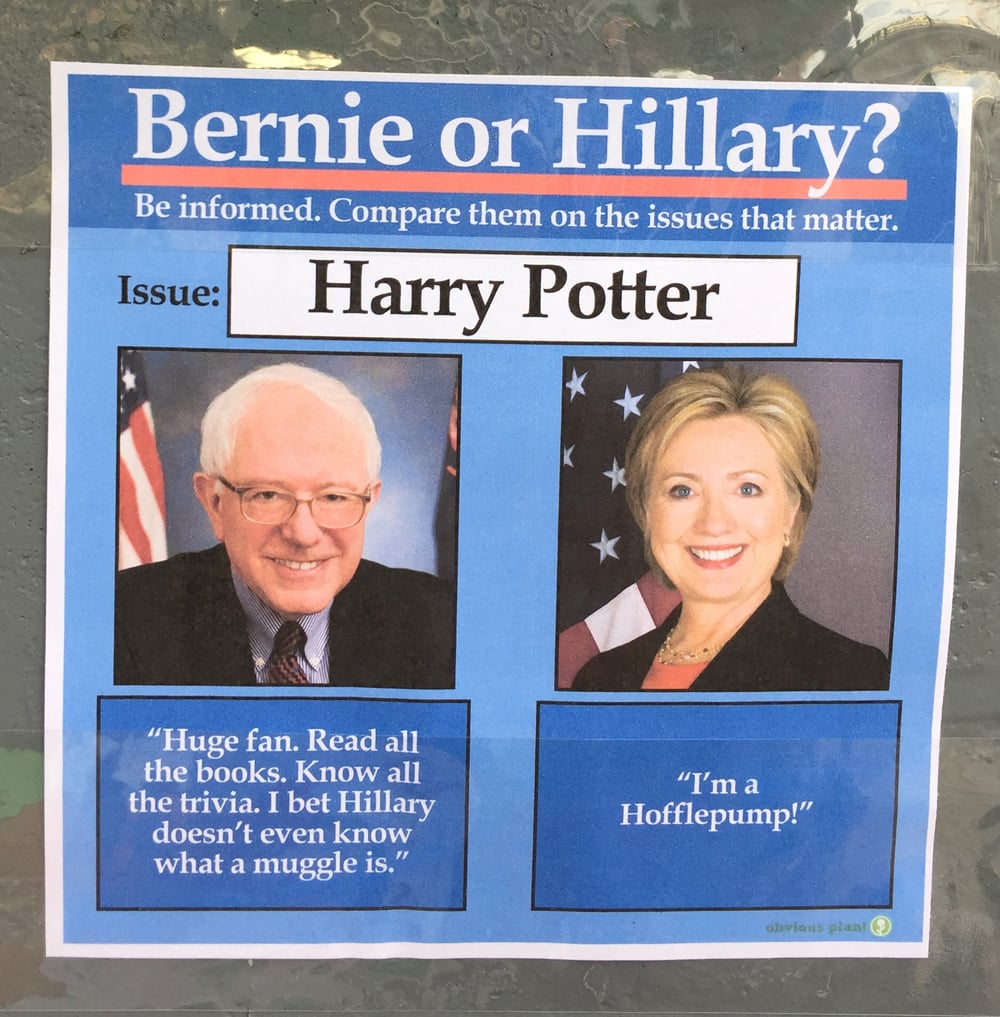 Some People Think This Viral Meme Is Sexist, but Is It Just Plain Hilarious?

The election is just kicking into high gear and has already resulted in hilarious GIFs and memes. One meme in particular is taking the Internet by storm, especially in light of the tight Democratic Iowa caucus results. Inspired by the humor blog Obvious Plant, whose creator spread fake political posters around Los Angeles featuring Democratic candidates Bernie Sanders and Hillary Clinton "debating" various issues, Twitter and Tumblr users have started creating their own versions.

"Bernie or Hillary? Be informed. Compare them on the issues that matter," reads the poster-turned-meme, which then lists a discussion topic and each candidate's (faux) response. Ranging in topic from their favorite Gilmore Girls characters to thoughts on Harry Potter, the memes are undoubtedly funny — but to some, the implications are troubling.

Into Bernie, not into that meme that exploits the stereotype that women (Hillary) know less about music or have lesser taste.

Sidebar, are those Bernie vs. Hillary memes giving anyone else some annoying Fake Geek Girl meme vibes?

Most of the memes gaining traction on social media portray Bernie Sanders as knowledgeable about topics like Radiohead and video games, making Hillary the butt of the joke.

Because said memes attribute popular opinions and silly mistakes to Hillary Clinton's answers, some social media users have interpreted the dichotomy as sexism reminiscent of the "fake geek girl" mentality held by an unfortunate amount of males in the nerd community. Others, however, believe this juxtaposition between Bernie and Hillary is meant to be reflective of her ill-received attempts to appeal to young voters.

@vqnerdballs It's Not That ,It's Just Showing That HILARY Wants To Appeal To Young Voters But She Doesn't Really Know Anything

What do you think? Take a look at some of the most popular memes and Obvious Plant posters below, then let us know which side of the debate you fall on.