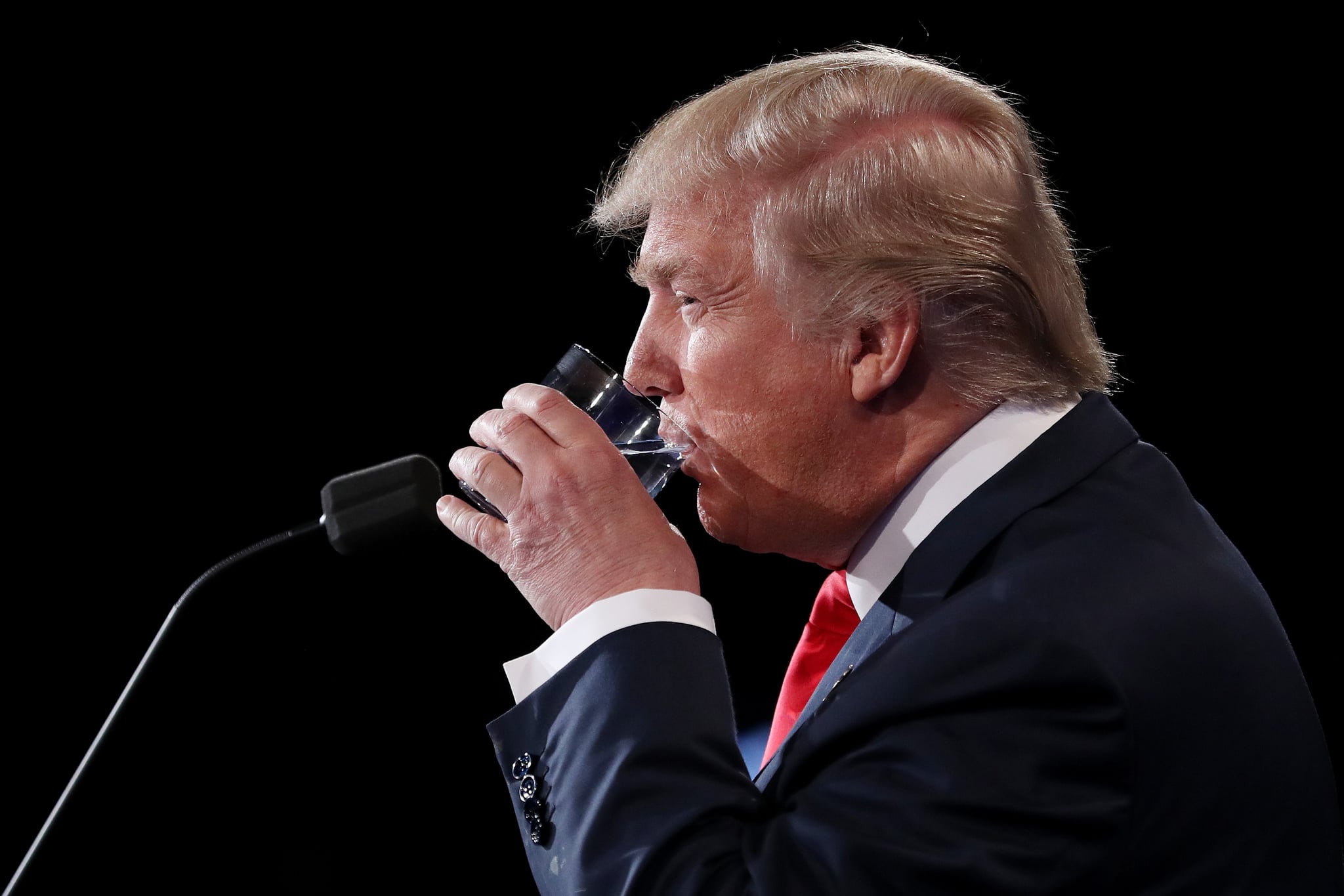 During the third and final presidential debate on Oct. 19, Donald Trump denied meeting Vladimir Putin despite many previous statements that would suggest otherwise.

Following moderator Chris Wallace's question about immigration and national borders, Hillary Clinton landed on the subject of WikiLeaks and Russia's possible involvement. She said, "This has come from the highest levels of the Russian government, clearly from Putin himself." Trump replied by saying, "When did we get off to Putin?"

Moments later, Trump added, "Now we can talk about Putin. I don't know Putin. He said nice things about me. If we got along well that would be good." Then came a heated exchange wherein the two candidates referred to each other as "puppets," after which Trump said, "I don't know Putin. I never met Putin. This is not my best friend. But if the United States got along with Russia, wouldn't so bad."

The problem here is, well, Trump has boasted about having a friendship with Putin in the past. There was the time he spoke about their "relationship" in an interview with MSNBC's Thomas Roberts in 2013. Earlier this year, the candidate spoke to Fox's Bret Baier about hosting Miss Universe in Russia. He said, "I know Russia well. I had a major event in Russia two or three years ago, Miss Universe contest, which was a big, big, incredible event. An incredible success." When Bret asked if he met with Putin at that time, Trump wouldn't give a straight answer and instead said, "I don't want to hurt his confidence."

Oh, and then there's that time Trump tweeted that he wished Putin was his best friend. In a tweet from June 2013, Trump said, "Do you think Putin will be going to The Miss Universe Pageant in November in Moscow — if so, will he become my new best friend?"

Do you think Putin will be going to The Miss Universe Pageant in November in Moscow - if so, will he become my new best friend?

The tweet quickly became the most retweeted one of the debate, serving as undeniable proof of Trump's duplicity. At press time, the tweet has over 46,000 retweets and has not yet been deleted by Trump or his campaign team.

Alexandria Ocasio-Cortez
Where Was AOC During Biden's Inauguration? Supporting Essential Workers on Strike
by Chanel Vargas 3 hours ago