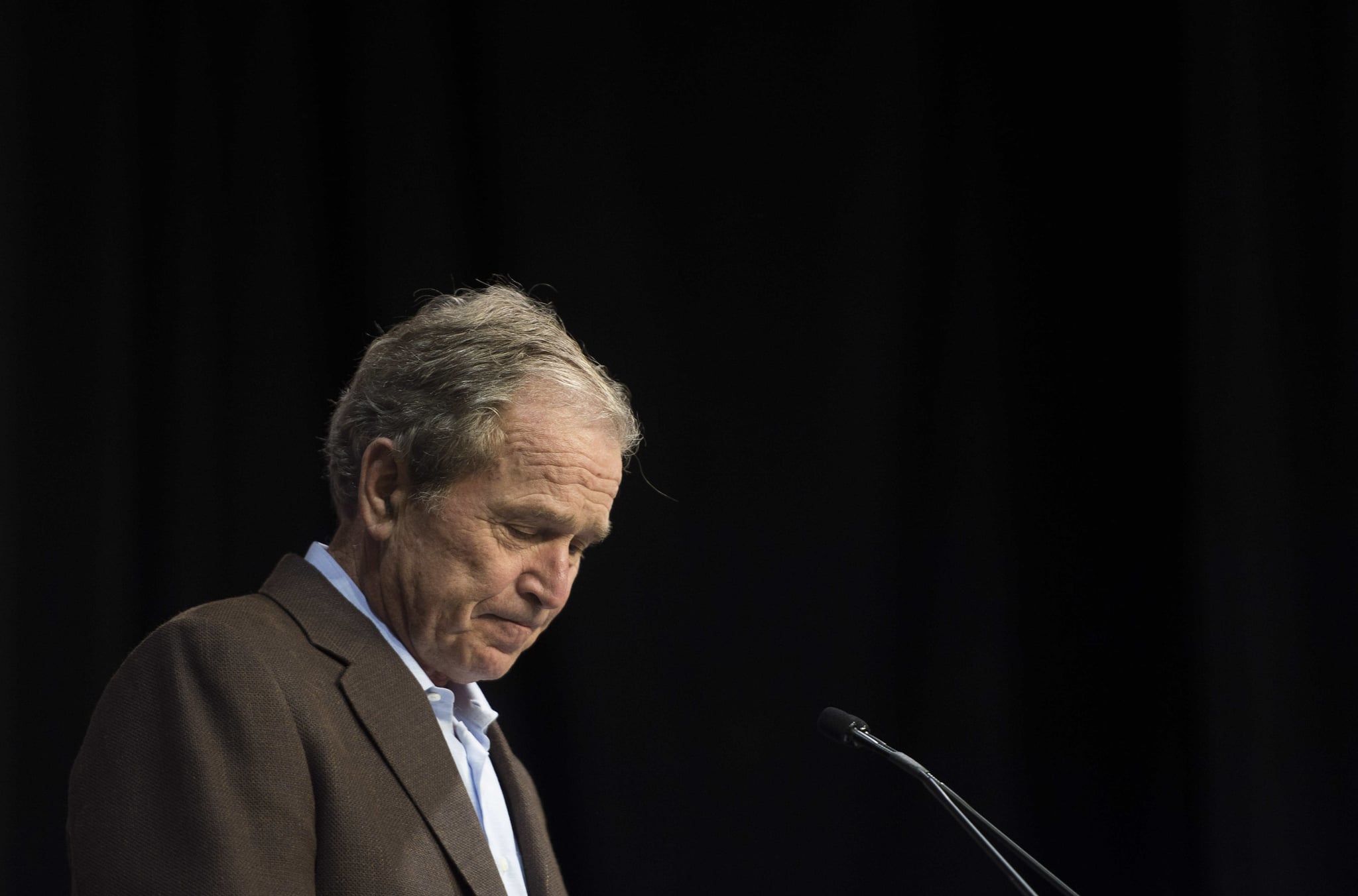 Former President George W. Bush joined current President Barack Obama and Police Chief David Brown at a memorial service in Dallas on Tuesday to honor the five fallen officers who died last week during a sniper attack. The killings happened at a Black Lives Matter rally and were committed by a man outraged over the deaths of Philando Castile and Alton Sterling at the hands of police.

Tensions surrounding the officers' deaths have been high ever since — the words "Blue Lives Matter" have been circulated as a counter-response to "Black Lives Matter," further increasing tensions between passionate sides of a complex debate. So when Bush took the stage at the memorial service, he shared a speech encouraging a "unity of hope" rather than animosity.

"Too often, we judge other groups by their worst examples while judging ourselves by our best intentions."

"At times, it seems like the forces pulling us apart are stronger than the forces binding us together," Bush said to the crowd at the Dallas memorial service, adding: "Argument turns too easily into animosity. Disagreement escalates into dehumanization. Too often, we judge other groups by their worst examples while judging ourselves by our best intentions."

This last statement, variations of which have appeared online before, instantly went viral, filling Twitter and Facebook with a timely reminder that America desperately needs.

pitch-perfect from President Bush: "too often we judge other groups by their worst examples, but judge ourselves by our best intentions"

What a quote by George W. Bush: "Too often we judge other groups by their worst examples while judging ourselves by our best intentions."

I never thought I'd (unsarcastically) tweet a George Bush quote, but I can appreciate anyone speaking the truth: pic.twitter.com/uvifZW4Anu

While Bush was never lauded as a fantastic speaker during his presidency, he certainly struck a note with listeners with his inspirational speech. "We are bound by things of the spirit, by shared commitments to common ideals. At our best, we practice empathy, imagining ourselves in the lives and circumstances of others," Bush reminded mourners. "This is the bridge across our nation's deepest divisions. And it's not merely a matter of tolerance, but of learning from the struggles and stories of fellow citizens and finding our better selves in the process."

Did you ever think you'd see this many people quoting George W. Bush in 2016? It seems this inspiring speech was exactly what people needed to hear during this tumultuous time.

Watch it in full: