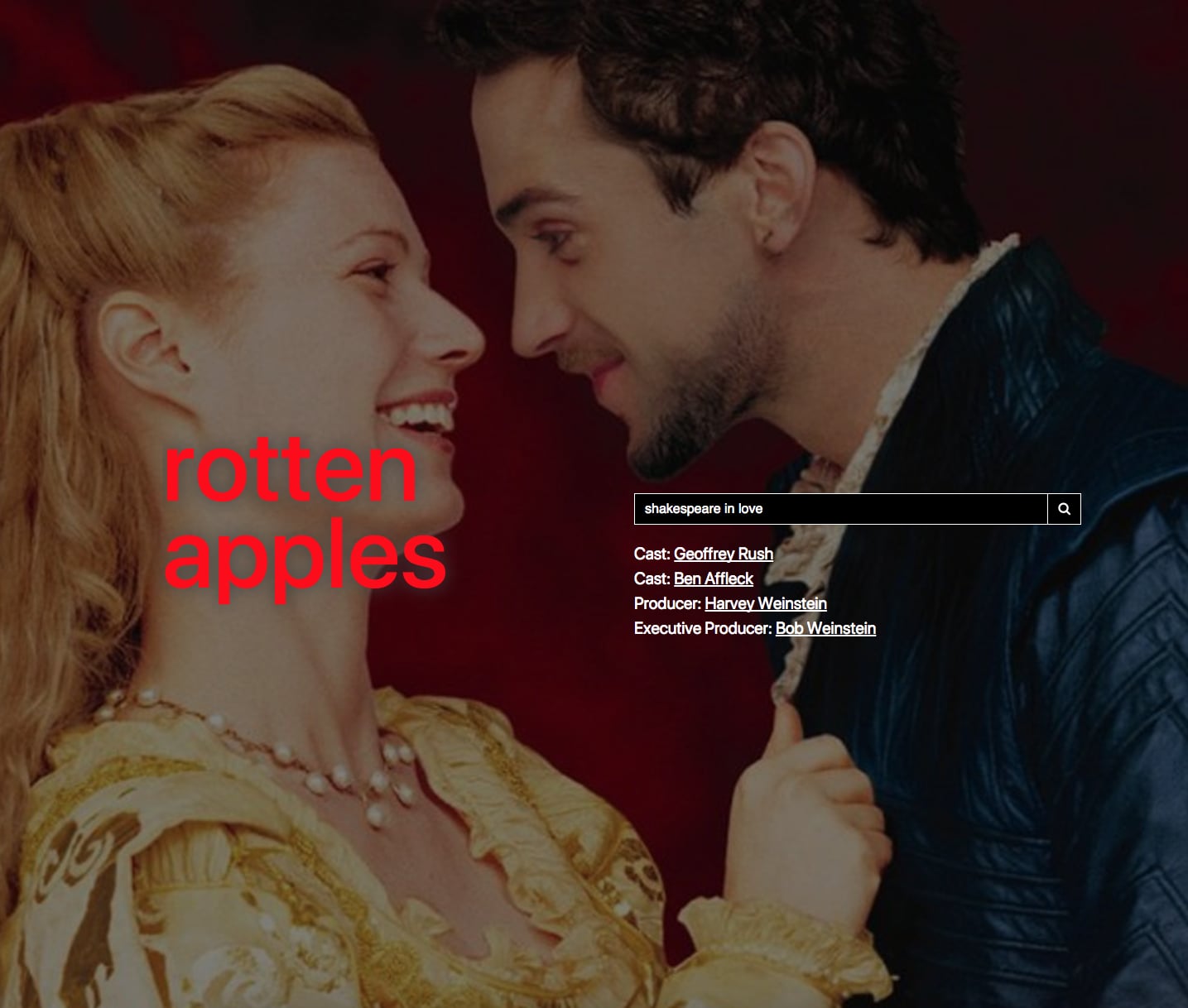 Every day, it seems like the list of creeps in Hollywood gets longer as new allegations of sexual misconduct surface. It can be overwhelming to try to keep track of all the actors, producers, directors, studio execs, and screenwriters who have been accused. If you're like me, you want to avoid watching and supporting projects these individuals play — or played — a role in creating. Luckily, a new searchable database called Rotten Apples — a play on the popular movie rating site Rotten Tomatoes — has sprung up. According to the site's "about" section, its goal is making "ethical media consumption easier" by helping viewers identify whether a movie or TV show has connections to someone accused of sexual assault or harassment.

Simply type the title of a project into the search bar and the site will certify the movie or TV show as either "fresh" or "rotten." Take Shakespeare in Love, for example. After searching for the film, the website deemed it "rotten" and gave me the names of those involved who have been accused of harassment or assault — producers Bob and Harvey Weinstein and actors Geoffery Rush and Ben Affleck — as well as links to specific, credible sources to back up these claims. You can even find a certain US president's name if you look up Home Alone 2. 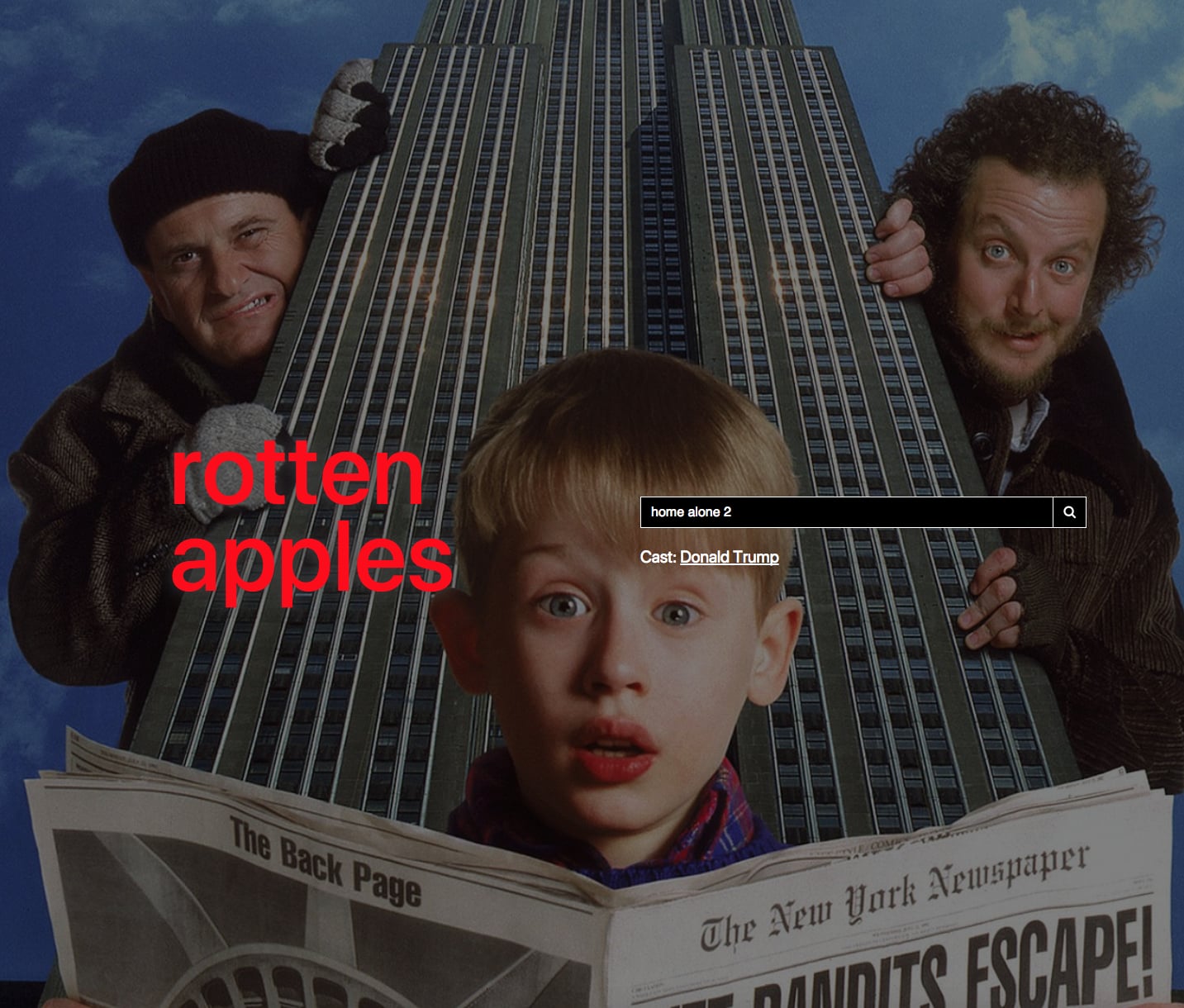 The database creators acknowledge that it isn't perfect and the page encourages users to reach out if they notice an error or a missing name. Given the scale of the project, it's no surprise that they might miss a few names along the way. In addition to using Rotten Apples, I'll still be doing my own research, but it's a helpful step in the right direction.

For now, it's unclear who's behind the new tool. We've reached out to Rotten Apples via the email address listed on the website and will update this story if we hear back.