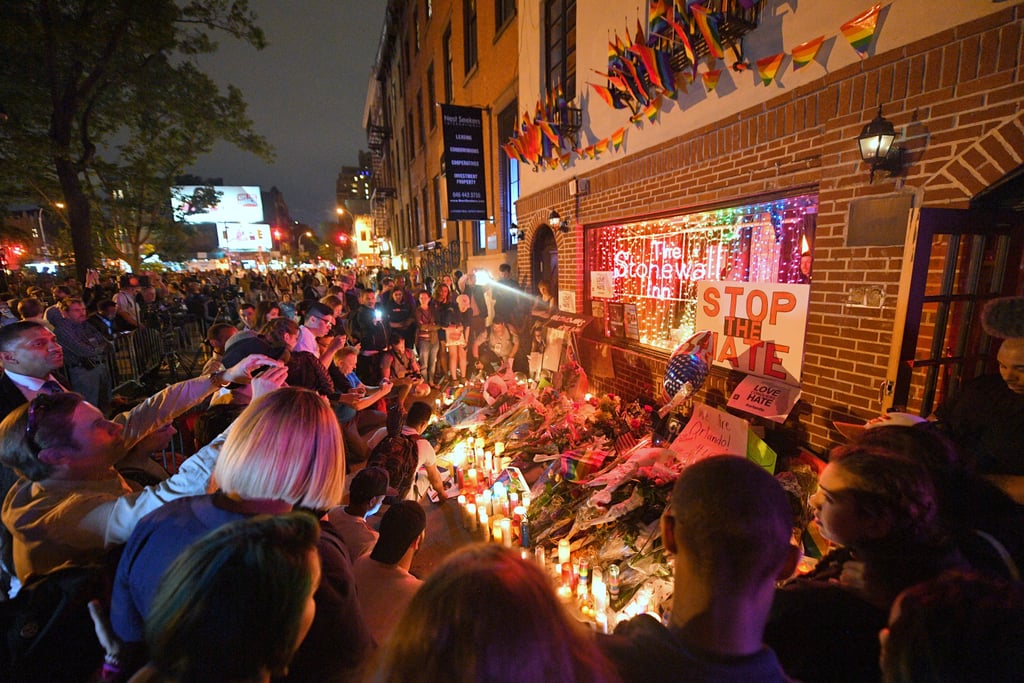 President Obama announced Friday that he designated New York City's historic Stonewall Inn, a famous gay bar that played an integral part in the gay rights movement, as the United States' first national LGBTQ monument. Stonewall, which played host to the 1969 Stonewall riots and sparked a movement for equality, has long held a special place in the hearts of the LGBTQ community — especially in light of the recent massacre at a gay nightclub in Orlando, FL. Countless members of the LGBTQ community and supportive allies have flocked to Stonewall in recent weeks, leaving tokens of support for the Orlando victims. This recent surge of solidarity happens to coincide with Pride Month, which makes President Obama's national park designation all the more special.

In his announcement about the new Stonewall National Monument, President Obama heralded the location's importance in the scheme of American history:

"I'm designating the Stonewall National Monument as the newest addition to America's national parks system. Stonewall will be our first national monument to tell the story of the struggle for LGBT rights. I believe our national parks should reflect the full story of our country — the richness and diversity and uniquely American spirit that has always defined us. That we are stronger together. That out of many, we are one."

Watch Obama's special dedication of Stonewall below, then scroll through recent pictures of the newly named monument in preparation for Pride.