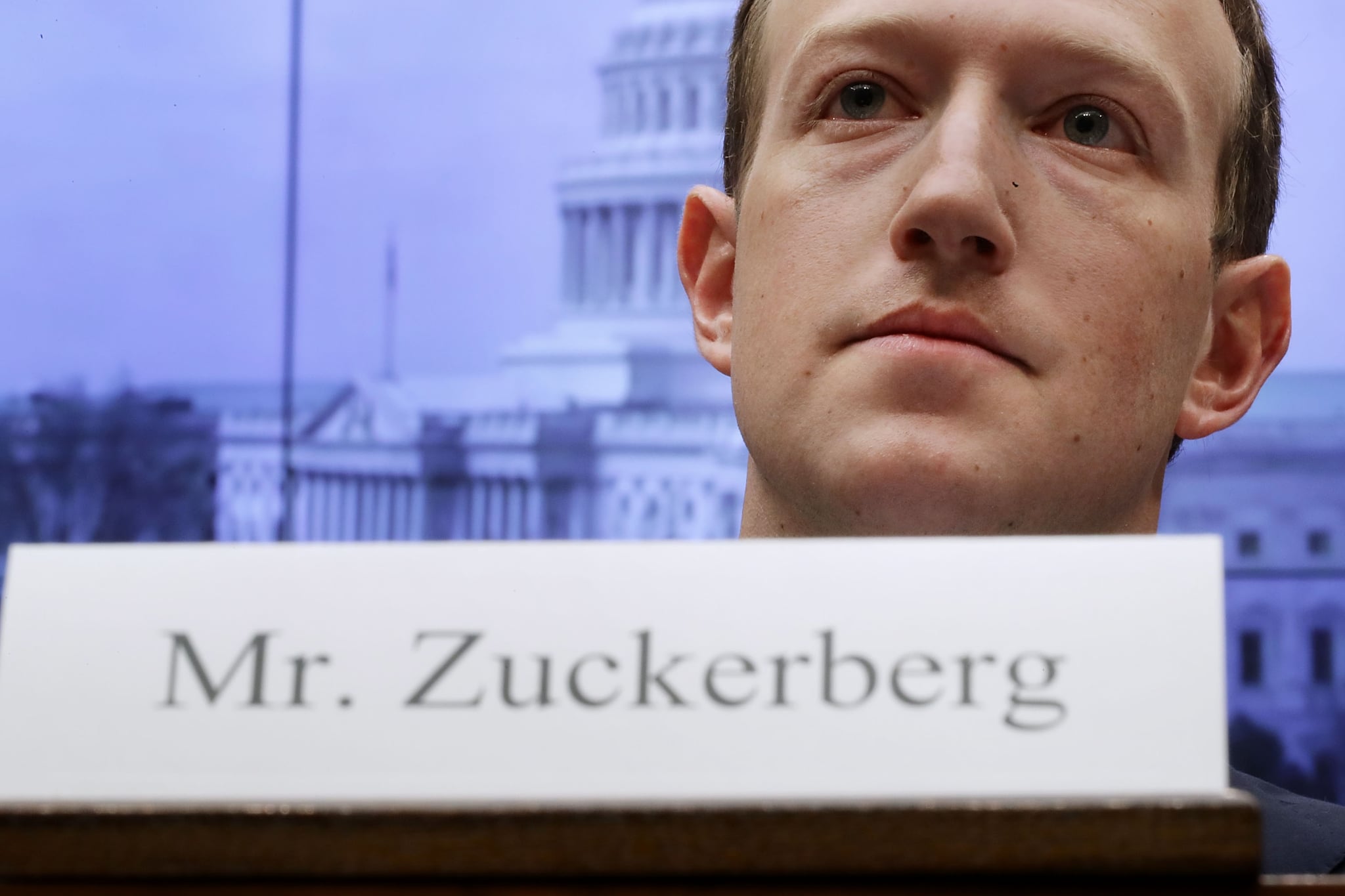 2018 has not been Mark Zuckerberg's year. In March, news first broke that consumer data had been shared with voter profiling company Cambridge Analytica, and by proxy, the Trump presidential campaign. For the last month, Facebook has scrambled to assure users that their data is safe after 87 million people worldwide were affected by the scandal — stressing that they are working on the issues, offering tools to see if you have indeed been hacked and rewards for reporting data abuse, and renewing promises to take a "hard look" at data policies.

On April 10 and 11, it all came to a head: the Facebook CEO faced two consecutive days of being grilled by elected officials. Zuckerberg has now spoken to Congress on two separate occasions to clear the air in the best way available to him and his company.

In the first hearing, on April 10, the CEO testified before the Senate Commerce and Judiciary Committee. The major takeaways from the day wound up being that near-universal lauding of Mark Zuckerberg's poise and the sincerely remarkable misunderstanding of the social media platform by older representatives. Few subjects emerged as key to how to handle a problem like Facebook, though questions around regulation and withholding of information dominated.

Sen. Lindsey Graham questioned Zuckerberg on what the "right" sort of regulation might be, and while he didn't have an answer, Zuckerberg expressed support of the bipartisan Honest Ads Act, a measure to make digital political advertising more transparent. Similarly, Sen. Richard Blumenthal expressed concern that the company's "vague commitments" on these matters are a problem, and that they should be regulated from the outside — though as if on cue, Blumenthal, along with Sen. Ed Markey, debuted the CONSENT Act later that day, an effort to make more explicit the consent needed from users to get their information.

On the subject of knowledge Sen. Ted Cruz pressed Zuckerberg regarding censorship of some content over others. Zuckerberg responded that he and Facebook are committed to being "a platform for all ideas." (Sen. Cruz is a former Cambridge Analytica client.) A different pressure was applied by Sen. Kamala Harris, who asked why it took the company years to reveal that data had been breached. Harris pushed Zuckerberg on whether or not a conversation was had regarding informing users of the breach, to which he eventually responded, "I'm not sure whether there was a conversation about that."

The second hearing, held on April 11, saw Zuckerberg sit before the House Energy and Commerce Committee — and a whole new set of questions. The purpose of this hearing was a little more murky, blurring the company's work between various different fields like entertainment and finance when, ultimately, technology and data are the keys to the company. This set off a tricky series of events — and a much harder second day for Facebook.

First, Rep. Greg Walden questioned Zuckerberg about the nature of Facebook and how it handles data, asking if they should be clearer about how data is used. Zuckerberg demurred, noting how broad their work is. Rep. Anna Eshoo inquired about whether Facebook has a "moral obligation" to run a service that "protects democracy." He agreed. When Eshoo followed up if his data was breached, he confirmed that it was, eventually explaining that users are in charge of their own data, that Facebook doesn't "sell data."

As technology critics pointed out, this isn't entirely true and the company certainly keeps some aspects of your data for advertising. Rep. Kathy Castor held a similar belief, stressing that this is all a big deal because Americans don't like being spied on, a sentiment which Rep. Ben Lujan later echoed by pushing Zuckerberg on how people who aren't even on Facebook still have their information tracked.

There were also conversations regarding Dr. Aleksandr Kogan, a person seen as the person who engineered Cambridge Analytica's ability to mine data. Rep. Gregg Harper did his best to probe the matter, curious as to how something like Cambridge Analytica's data mining apps differed from a Barack Obama app in 2012 that gave the Obama campaign access to user information. The difference, according to Zuckerberg, is that the Obama app was explicitly political while Kogan's apps were not — and of course, whether the latter violated Facebook's terms.

A final key focus was the removal of videos made by conservative vloggers Diamond and Silk, muddying Facebook's claims that the site does not censor content. Rep. Marsha Blackburn honed in on this, asking if Facebook prioritizes or censors speech. "We don't think of it as censorship," Zuckerberg responded. "We remove terrorist content." Blackburn, of course, kept the argument going by asserting that Diamond and Silk are not terrorists.

While these testimonies were confined to two days in what adds up to a stretch of mere hours, the ongoing discussions regarding online and digital privacy will continue to swell, whether Zuckerberg and his peers like it or not. These conversations are likely to continue and evolve in and out of politics, calling into question whether or not a service like Facebook truly is a place to connect with friends or the world — or if it's just a means to sell your identity to the highest bidder.