Updated on Aug. 26 at 4:00 p.m. ET.
Hurricane Harvey made landfall as a Category 4 storm between Port Aransas and Port O'Connor, TX, at 11 p.m. ET on Aug. 25. While Harvey has since been downgraded to a tropical storm, it continues to wreak havoc on the gulf, and as of this afternoon, one person has died and 12 others have been injured as a result of the storm. We'll continue to update this story with new information, but here's what we know right now: 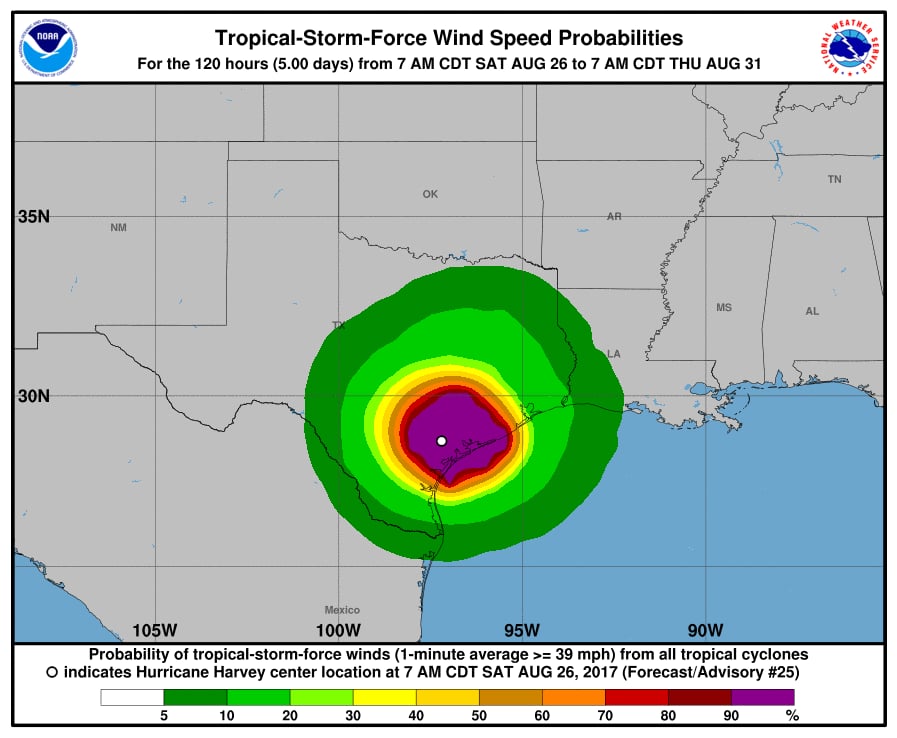 I encourage everyone in the path of #HurricaneHarvey to heed the advice & orders of their local and state officials. https://t.co/N6uEWCZUrv

by Krista Jones 40 minutes ago