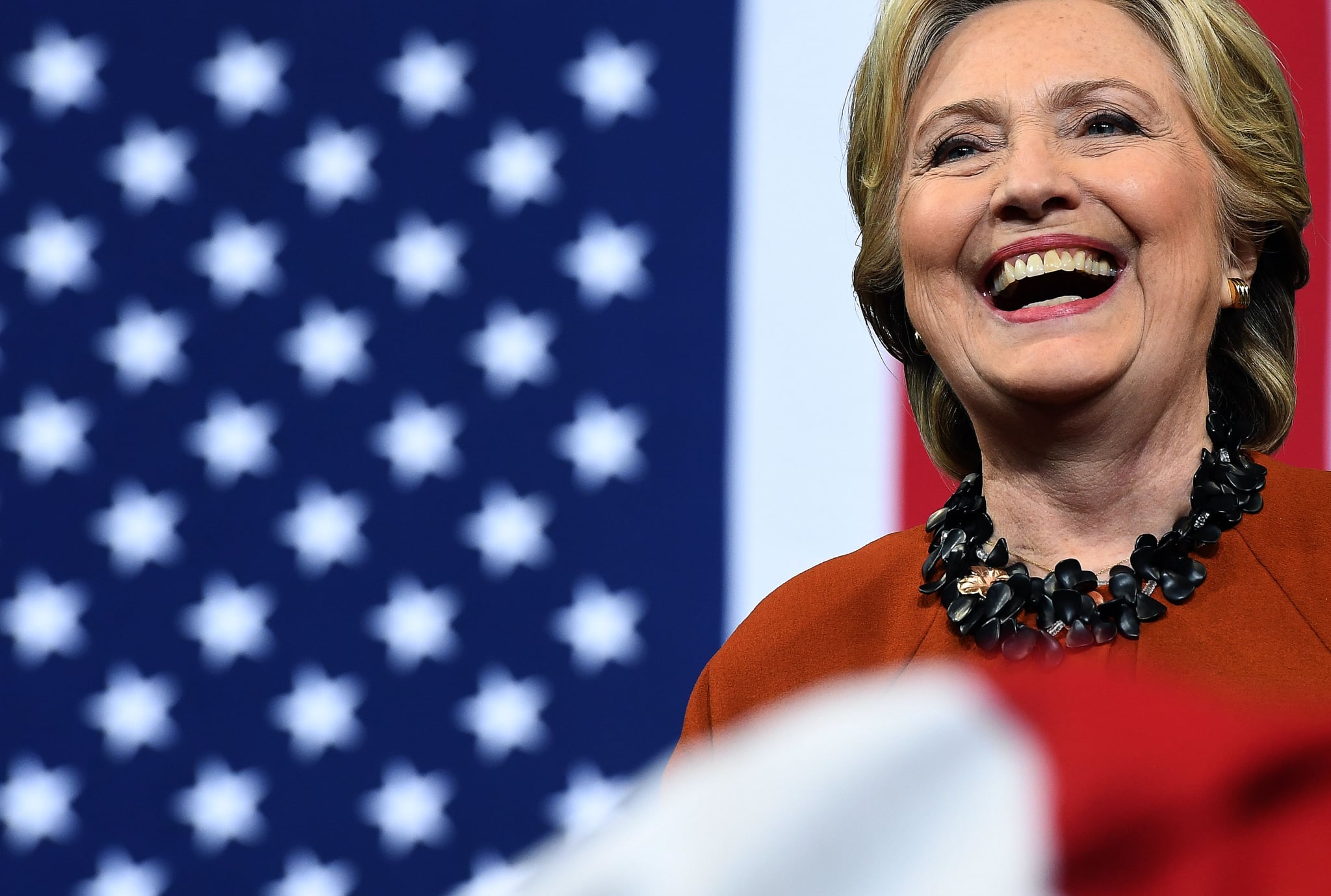 If you want proof that social media can be a positive place that brings people together during this election, turn to the Pantsuit Nation private Facebook group. It is a safe space for women (and men) to share their pride for Hillary Clinton. I only wish I'd found it earlier.

I expected to wake up on Election Day stressed out. After following the presidential election this past year, Donald Trump's words and actions had me worried about America's future. His candidacy has amplified the more dangerous voices in America. However slim Trump's chances might be, he is one step away from the presidency.

Yet this morning when I turned to social media, I didn't see the typical partisan story sharing. Instead, my Facebook feed was flooded with posts from the Pantsuit Nation "secret" Facebook group I had joined just the day before Election Day after a former college classmate had invited me.

Now 2.6 million members strong, Pantsuit Nation is not about Trump bashing. Instead, you'll find photos of mothers and daughters in their Hillary Clinton swag. Naturally, there are lots of pics of Clinton supporters in pantsuits, including a photo of a husband proudly wearing his wife's. There are emotional stories, including one from a woman who listed the all-too-familiar everyday sexism she's encountered throughout her life, starting as a child. She hopes a Clinton victory will help turn the page. A transgender woman shared the identification ordeal she had to go through to vote, while saying it was worth it. And another member told the story of her grandmother who lost her mother decades ago to an illegal abortion. She sought the abortion after falling ill during five previous pregnancies, deciding she couldn't take another. But without protected reproductive rights, she lost her life.

Another mother shared a photo of her daughter, who appeared to have Down syndrome, saying that her daughter decided long ago to vote for Clinton because she's pushed policies to help people with special needs. There is a photo of an Iraqi American proudly sporting an American flag headscarf after she voted in her first election as a US citizen. There is an older woman posting her "first selfie!" in a white pantsuit, which now has 17,000 "likes" and almost 1,000 comments telling her she looks "fierce." There is an "old, white, Christian, Appalachian male who voted for HILLARY." His post got comments like, "YES, BOO!" "Thank you." And "Gotta love a mountain man like that!"

The comments in Pantsuit Nation might be the best part. Complete strangers are lifting each other up. And when I do recognize a Facebook friend "liking" or commenting on posts, it makes me smile.

This election season, we've been told that both candidates are unpopular, that we should hold our noses and vote for the lesser of two evils. Pantsuit Nation members say f*ck that! We want Hillary Clinton as our president. We are proud to vote for her, because of her experience and policies. We are hopeful that in 2016 a qualified fighter will overcome familiar sexist barriers to become the first woman elected president.