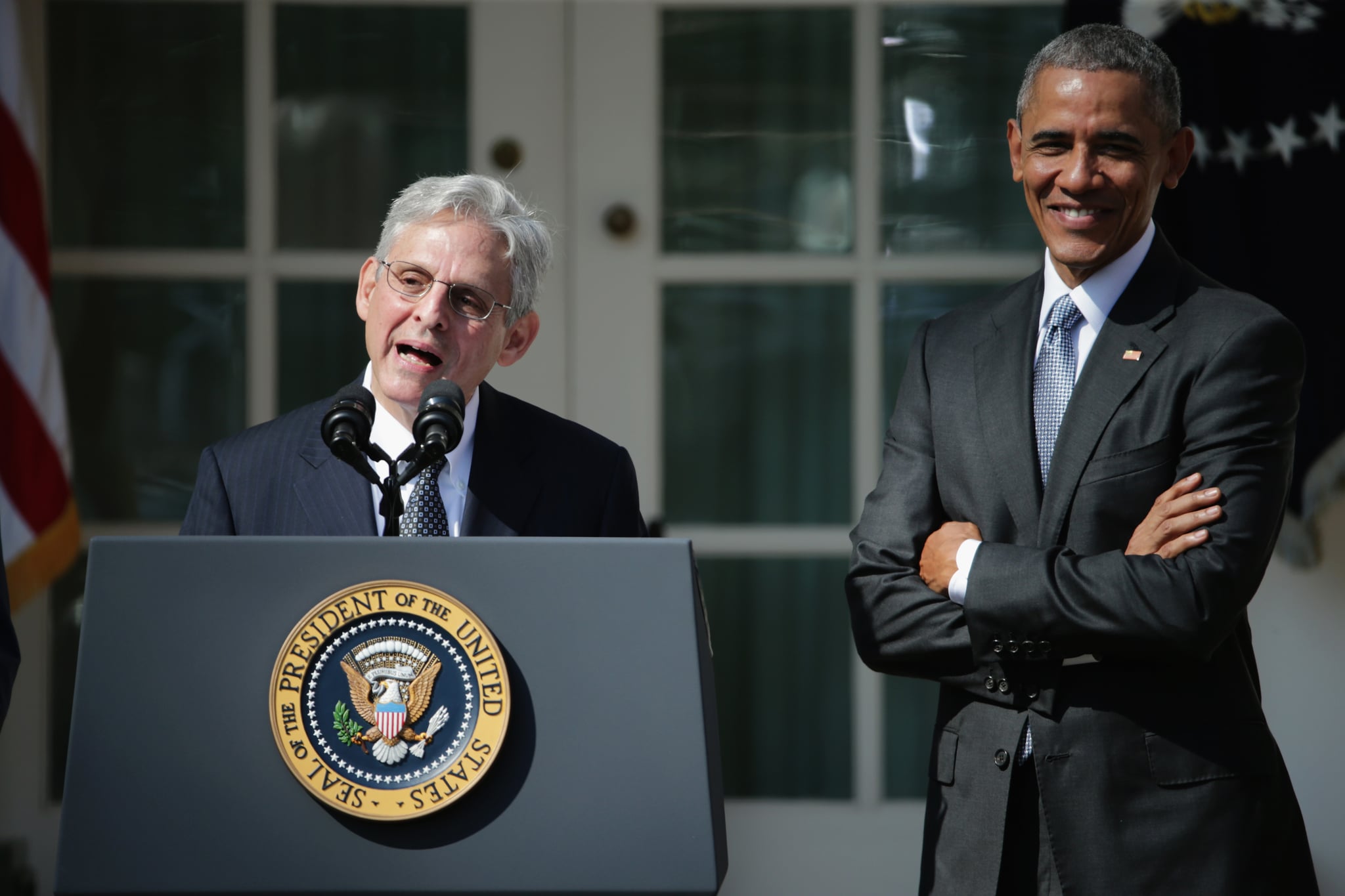 President Obama announced his nomination for Supreme Court today — Merrick B. Garland, a moderate chief judge of the U.S. Court of Appeals for the District of Columbia. If approved, he will be the country's 113th justice. The decision comes in light of Justice Antonin Scalia's death in February.

"He is widely recognized as one of America's sharpest minds," Obama said during his speech, adding that Garland has "admiration and respect from leaders from both sides of the aisle."

Indeed, Garland is considered widely respected, even by Republicans, reports The New York Times. This is a strategic move, since Republicans rallied by Senate majority leader Mitch McConnell have vowed to block Obama's nominee. Some liberals could be disappointed by the nomination, however, if they were hoping for a more diverse or progressive candidate.

"This is the greatest honor of my life other than Lynn agreeing to marry me 28 years ago," said Garland amid tears during the announcement.

Garland is 63-years-old and was born in Chicago; he's been married to his wife Lynn since 1987 and has two daughters who went to Yale. After graduating from Harvard Law School, his professional profile rose to the spotlight during the Oklahoma City bombing case in 1995; then, he coordinated the Justice Department's response and not only started the case against the bombers, but also supervised their prosecution.

President Obama has been considering Garland for years — he interviewed Garland in 2010 when he was nominating a justice but instead chose Justice Elena Kagan. The Obama administration has also created a Twitter account named SCOTUS Nomination so you can follow along with all the nomination updates.

Obama said Garland will now travel to the Hill to meet with Senators one-on-one. "I simply ask Republicans in the Senate to give him a fair hearing," added Obama. If not, he said, "the reputation of the Supreme Court with inevitably suffer . . . ultimately our democracy will suffer as well."

"I have fullfilled my constituational duty. Now it's time for the Senate to do theirs."