I definitely don't hide my pup's love of peanut butter but personally stock two separate jars at home, one for the furry fella and one for the people. That being said, I still don't let him lick the sticky stuff straight from the tub, even his own stash. 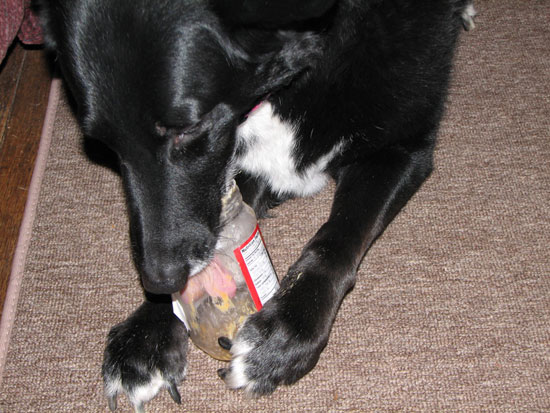 While it's definitely hilarious (for humans) to watch dogs try to eat PB with all the lip-smacking and licking involved, a less-than-hysterical recent case in South Florida caught my eye. Three cops in Ft. Lauderdale let a pooch eat some peanut butter from a jar . . . then put the jar back where other, unsuspecting employees could later take it. While I'm sure we can all agree that's a rotten thing to do, the real question here is how rotten, as the officers in question may face criminal charges for this act.

Pet PollPoll
Around The Web