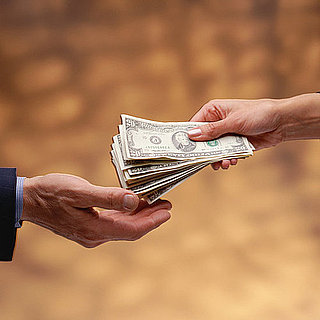 Corruption is rampant in the upper echelons of India, ranging from the government to corporations. It's not too surprising because India is a country where it's common to bribe people to get things done. Although petty bribery is said to have lessened since 1991, says The Washington Post, it still frequently occurs.

Bribing seems to be quite complex since it isn't really legal. How do you go about paying someone off if there are no set standards to follow? The website IPaidaBribe.com attempts to answer all lingering bribery questions for those living in India. For example, to get a rough estimate of how much to bribe, visitors will see how much other people paid in instances like bribing off a police officer for not having a license or getting your kid into college. However, readers need to keep in mind that the content is all user generated, which means it isn't very reliable.

It's not as dubious as it sounds — the site also encourages you to write about experiences when you didn't have to bribe. I think IPaidaBribe.com revolves around the idea of making bribery transparent, and it's not really a how-to website for slipping people cash under the table.

After going through some comments and reading about how one user had to bribe a police officer to clear his father's name after a false charge of theft, I feel pretty lucky that bribery isn't part of our culture here in the US.