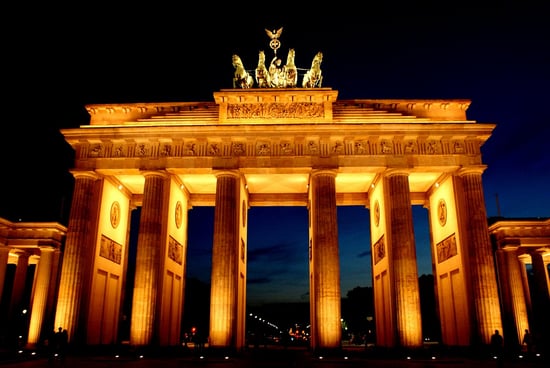 If you're planning a Summer trip this year and the high prices are getting you down, don't fret, there are a couple of travel bargains you can take advantage of. SavvySugar talked to travel expert, AirFare Watchdog's Founder George Hobica, for the scoop on the best airfare deals to find this Summer.

If you're jonesing to go to Europe but are holding back because of the inflated prices, Berlin would be an ideal getaway. The new Berlin airport (code BER) has been having a lot of great fares, according to Hobica. One reason being lower airport fees and taxes in addition to the airport being a brand-new one. Peak Summer round-trip fares from New York to Berlin are about $650 including taxes, a bargain compared with round trip prices for up to $1600 or $1800 for other European destinations. "Consumers should realize that even if Berlin isn't in their travel plans, easyJet flies between Berlin and, say, Paris for 64 euros round-trip including tax. So one could fly to Berlin, spend a couple of days exploring the city, and then head off to other European destinations cheaply," says the airfare expert.

If Berlin isn't for you, flights to Spain are generally cheaper compared to the other European countries, says the travel expert. That's partly due to the lower airport fees and taxes.

Bermuda and the Caribbean

It's hurricane season so you can expect to see lower fares for the Bermuda and the Caribbean. However, Hobica advises to buy travel insurance. He says that there should be quite a number of Summer bargains available for Caribbean destinations.

If you're looking to stay closer to home, flights to Florida are generally cheaper during the Summer, says Hobica. Flights to Denver, CO and Ft. Lauderdale, FL may be worth checking out because they've been consistently low, even during peak Summer travel season. Denver is a ski location and Ft. Lauderdale is a Winter destination so seasonal demand may be affecting the price.

And once you've secured your affordable flight ticket, be sure to check out our tips on how to save on lodgings.