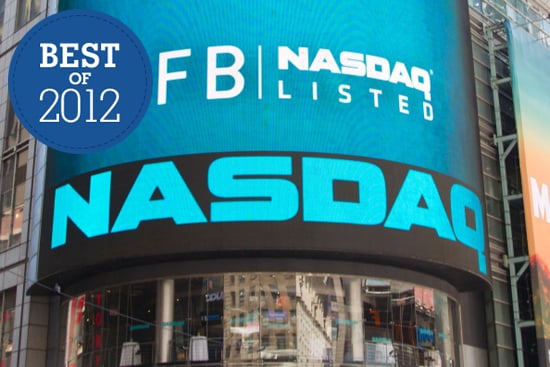 Every time a well-known company plans to sell its shares to the public a.k.a. IPO, it always generates an enormous buzz in the media. After all, everyone wants to cash in.

But as we all know, the hottest IPO doesn't always mean the best investment. Despite all the estimates of Facebook IPO-ing at $104 billion, the social media company raised $16 billion, which is still a hefty amount considering that it is the biggest tech IPO and the third largest in US history. Keeping in mind that popular IPOs can sometimes mean overhyped — is there a company that went public in 2012 that you would want to invest in?

Image Source: Getty
ConsumerismFacebookBest Of 2012
Around The Web