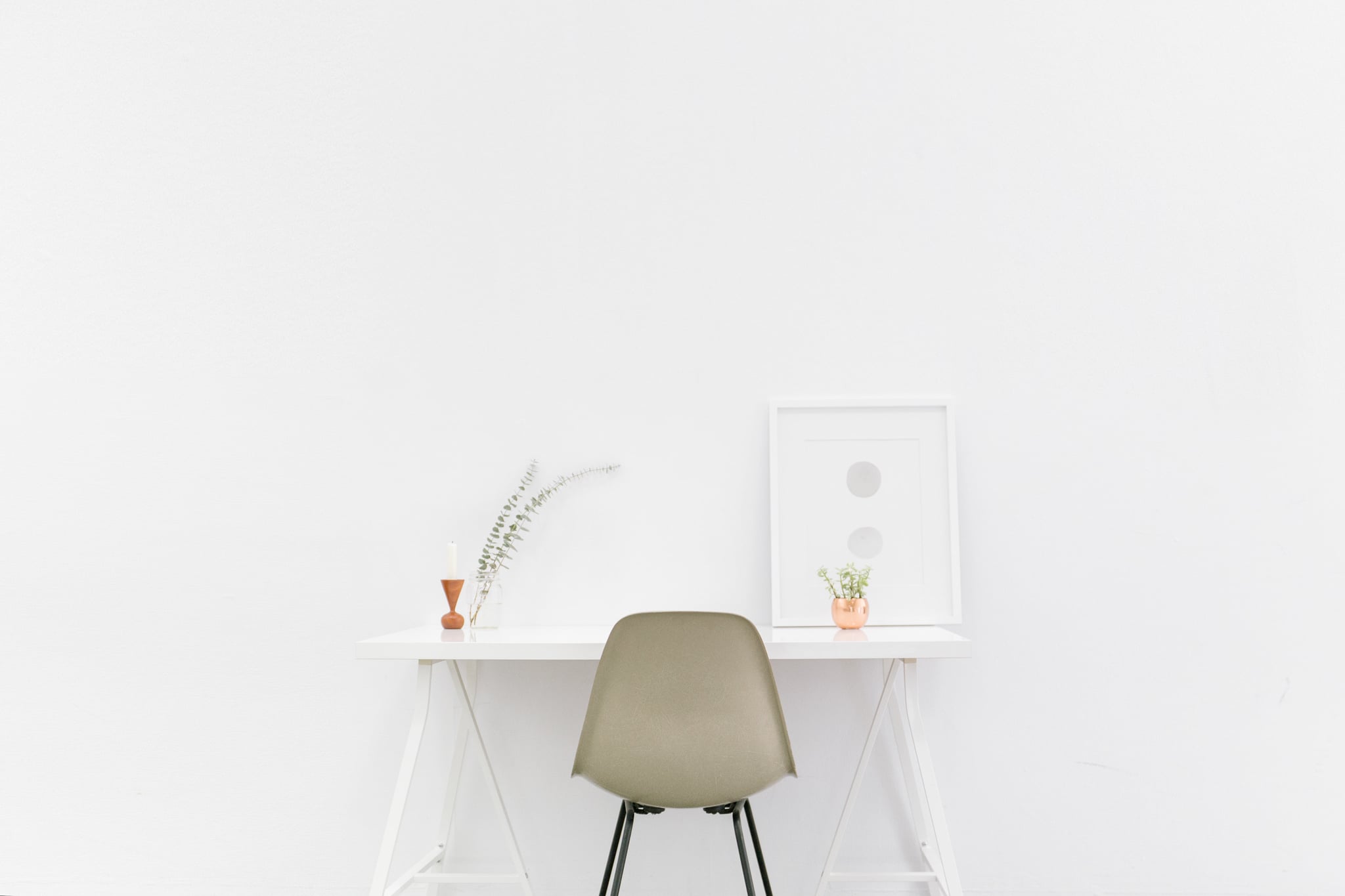 As a society, we've been taught to obsess over having the next cool thing. Whether it's through Black Friday sales, celebrities, or other influences, we're constantly fed both direct and subliminal ads for the next purchase we "need." America did grow on consumerism, after all, and as a result, "need" and "want" have become synonymous. How many of us have extra storage to fit all our belongings? When was the last time you bought something completely unnecessary? As much we love material possessions, ditching the excess and living like a minimalist can be key to being happier and, ironically, feeling more fulfilled.

Related:
Math Says This Is the Secret to Living a Life With "Minimal Regret"

What is minimalism? The definition of minimalism is "a style or technique (as in music, literature, or design) that is characterized by extreme spareness and simplicity." But minimalists Joshua Fields Millburn and Ryan Nicodemus define it as "a tool that can assist you in finding freedom" from guilt, overwhelming feelings, depression, and worry.

The pair's documentary, Minimalism: A Documentary About the Important Things, exposes society's downfall of never being satisfied. As Westerners, we're experiencing the highest standard of living in history, said neuropsychologist Rick Hanson in the film, and yet, it's not enough.

Before adopting minimalism, Ryan was successful in terms of how others viewed him. Though he had everything he wanted, he was miserable. "There was this gaping void in my life," he said in the documentary. "So, I tried to fill that void the same way many people do: with stuff, lots of stuff." He realized happiness couldn't be bought and was inspired to make a shift as he approached 30 after learning why his best friend, Joshua, appeared to be genuinely ecstatic about life. The two worked at the same corporation in their 20s earning six-figure salaries and were miserable together. When asked, "Why the hell are you so happy?" Joshua attributed it to minimalism. He explained that once he started to get rid of the hundreds of DVDs he owned, his closet full of expensive clothes, and other possessions, he felt "freer, and happier, and lighter." The only items he was left with were ones that served a purpose and added value to his life. Ryan and Joshua call themselves The Minimalists and have been spreading their belief of "living more deliberately with less."

Similarly, my own father, Sunny Yi, discovered the benefits of simplifying when my grandmother passed away. "The nurse handed me her entire life belongings in a single bag," he said. "That moment I realized we come with nothing and leaving with nothing! And at that moment, I decided I wasn't going to buy or need more sh*t."

The message of minimalism isn't to purge your life of all belongings. Minimalism simply helps shed light on what's important.

A core part of my childhood was spent shopping. I remember going to a different mall almost every weekend with my parents and thinking that that was where most families spent quality time together. It was where we bonded, where I learned about nice things, and I loved it. As much as I cherish those memories, it's also probably why I can't stop spending as an adult. Sunny now rarely shops, and when he does, it's only to purchase things out of need. He worked incredibly hard throughout my younger years and hardly had a work-life balance in order to provide a luxurious life for our family. But when he acquired everything he had ever wanted, he felt greatly disappointed, thinking, this is it?. He realized that the only reason we had a 6,000-square-foot home for three people was simply because we could. "Happiness is not connected to having more stuff," he said. After my parents split and I moved away for college, he downsized to a single apartment and still swears today that that was the most peaceful he had ever felt. "I got rid of all the excess that I don't wear or need, and I feel free!" he said. "Don't get me wrong, I still like nice things but today, I want few of those items for different reasons, not to cover up insecurities like makeup."

As much as my dad claims that letting go can benefit you emotionally, financially, and mentally, he also understands that it's not easy for everyone. Many of us define our successes through what we have and take great pride in the things we own. I for one am extremely attached to my clothes and can't seem to narrow my possessions down to those that "spark joy," as Japanese cleaning guru Marie Kondo of the KonMari Method would say. But the message of minimalism isn't to purge your life of all belongings. Minimalism simply helps shed light on what's important. Before you start throwing everything into a trash bag because you didn't feel a certain excitement holding the item, know that minimalism is more than that.

"A simple design that puts you at ease, a high degree of functionality that makes life simpler, a sense of rightness, or the recognition that a possession is useful in our daily lives — these, too, indicate joy," Marie wrote in her book, Spark Joy.

It doesn't matter what the item is or what it means to anyone else but yourself. If something has significance to you, that is reason enough to keep it. Becoming a minimalist might be a long journey (as it will be for me), but if you can recognize the different between importance and excess, you're already well on your way.

Healthy Living
How Effective Are Blue-Light Glasses in Combatting Headaches? Experts Weigh In
by Lesley Chen 3 days ago

Healthy Living
Sleeping In May Be Causing Your Morning Headaches, According to Experts
by Chandler Plante 1 week ago