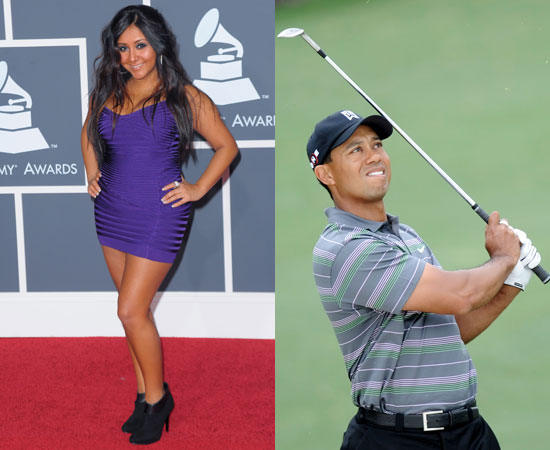 OK, we'll admit we're nosy when it comes to celebs and salary talk. We want to know how Tiger fared this year in the wake of scandal, and we're even a little curious what newfound fame means for the Jersey Shore kids' paychecks – can you blame us? Parade's got the dirt on real people and real paychecks, including a slew of celebrities. So, if we've piqued your interest, take the quiz and find out exactly which celebrity salaries were top, and which celebs didn't score a major pay day.

How Money Are You: Parade's Real People, Real Salaries List

Tiger Woods was rocked by scandal this year, but still managed to pull in a more than respectable salary. How did he do?

Who made more, Ellen DeGeneres or Kristen Stewart?

Supreme Justice Sonia Sotomayor makes a salary of about how much annually?

T or F: Snooki from the Jersey Shore, made more than a postal clerk from Oregon.

Kanye West made $25 million, the same as which celebrity?

The success of the Twilight series earned its author, Stephenie Meyer how much?

James Cameron pulled in a hefty check for the year, how much were his earnings?

Parade reports Facebook CEO, Mark Zuckerberg, as the highest salaried person on the list. How much did he make?

Nostalgia
How Well Do You Remember Superbad? Test Your Knowledge With This Quiz
by Amanda Prahl 20 hours ago

Nostalgia
How Well Do You Remember Never Been Kissed? Take This Quote Quiz and Find Out!
by Amanda Prahl 3 days ago

Keeping Up With The Kardashians
How Well Do You Know the Most Quotable Family Ever? Try This KUWTK Quiz to See
by Hedy Phillips 5 days ago

Nostalgia
West Wing Superfans, Test Your Presidential Knowledge With This Quiz
by Hedy Phillips 5 days ago

Halloween
Convinced You're a Connoisseur of Classic Horror? Put Your Villain Knowledge to the Test
by Hedy Phillips 2 days ago

Nostalgia
Test Your Legally Blonde Quotes Knowledge With This Quiz — What, Like It's Hard?
by Amanda Prahl 1 day ago