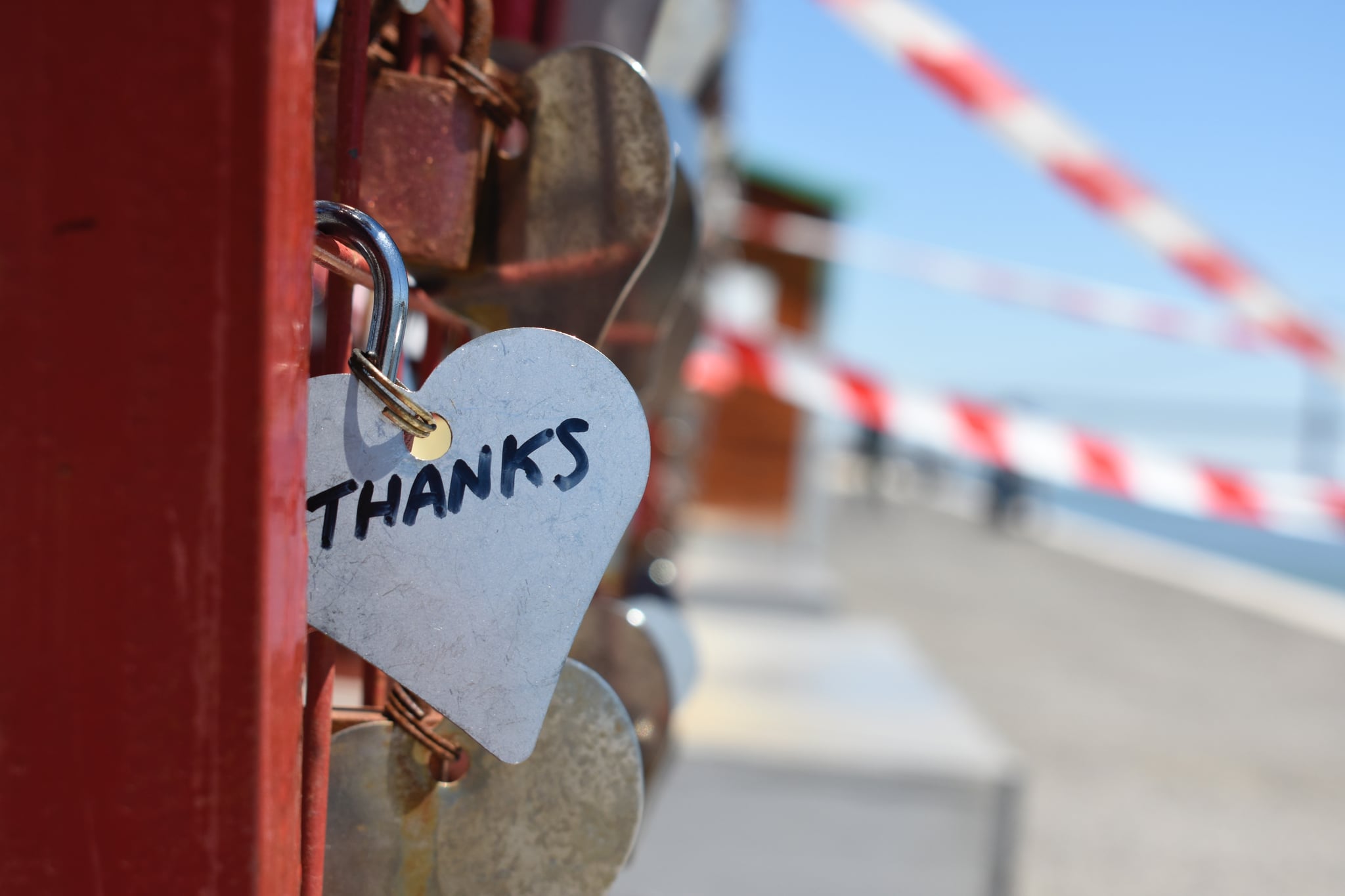 To me, "sorry" is a safe word. A comfortable word. It's like calling "Base!" when you're almost certainly about to lose a competitive round of tag. You start saying it to be polite, to make yourself seem thoughtful and humble, and then after you've used it for a while, you start to realize people like apologies, even if they aren't entirely sincere. This means that, while you might not actually feel all that guilty for eating the last doughnut at work, texting someone back nine hours later, or spoiling that TV show that everyone definitely should have seen by now, you're still going to make people think you do. Sorrys are familiar, and the temptation to use them at every turn is very real, but in my experience, they usually end up doing more harm than good. Thankfully, there's an easy alternative.

My constant apologizing was taking a toll on how I was communicating with others. It made me seem unassertive, less confident, and fundamentally disingenuous.

The first time I realized my sorrys were problematic was in my sophomore year of college. I remember walking into my adviser's office and immediately apologizing for disrupting the silence in the room. The truth was, I wasn't actually sorry for anything; I had scheduled an appointment and made it a point to be right on time. I knew I had nothing to apologize for, but the word slipped out of my mouth anyway, practiced for the sake of politeness and eventually repeated out of habit. My adviser kindly told me I didn't have to apologize for my mere presence. "Right," I replied. "Sorry."

As I started to pay more attention to my apologies, I realized I was doling them out everywhere, even if I wasn't in the wrong. Every person who bumped into me received a sing-songy "Sorry, s'cuse me," every question I asked included "Sorry, I'm still not understanding," and every valid email I sent out began with "So sorry to bother you!" and several exclamation points.

Related:
5 Ways to Feel More Comfortable in Your Own Skin

In my mind, these were required phrases, performed out of courtesy to show respect and avoid conflict. In fact, to me, the apologies didn't need to be sincere in order for them to be meaningful. They just indicated a degree of consideration that I struggled to convey in other terms. Once I entered the workforce, however, I realized my constant apologizing was taking a real toll on how I was communicating with others. It made me seem unassertive, less confident, and fundamentally disingenuous. I knew something had to change.

Despite my best efforts, I eventually became frustrated with my inability to give up my meaningless apologies. In a particularly spectacular episode of bitterness, I began to wonder why I had to stop saying sorry and why others couldn't just use some of the (admittedly excessive) sensitivity I had been trained to perfect. I decided that if I couldn't say sorry without losing my credibility, I still wanted to find a way to show people that I appreciated their expertise, their insight, and, in the case of my adviser, their time, without having to speak at my own expense. In addition to all of that, I needed it to be a quick fix. One I could implement without thinking too much.

"Thank you" was the solution I was looking for. In addition to being less self-deprecating, "thank you" signals gratitude, positivity, and recognition while emphasizing the receiver of the words, rather than the speaker. Now, instead of apologizing for being late, I thank people for their patience. Instead of lamenting a mistake, I thank my colleague for helping me fix it. Instead of apologizing for speaking, I voice my appreciation for the people listening. It doesn't guilt people into feeling for you, it doesn't feel fake, and it shifted my mindset from one of timidness and submission to one of confidence and empowerment.

Related:
I Taught Myself to Be Confident, and It Ended Up Changing My Life

But it's not just me who has noticed a difference. Research shows that by saying "thank you" instead of "sorry," your conversations become more about appreciation, which helps boost the self-esteem and satisfaction of the people on the receiving end of your words as well. This makes "thank you" better, not only for you, but for the individuals around you.

So, if you've found yourself stuck in a "sorry" slump, give gratitude a try and watch the people in your life thank you for it.