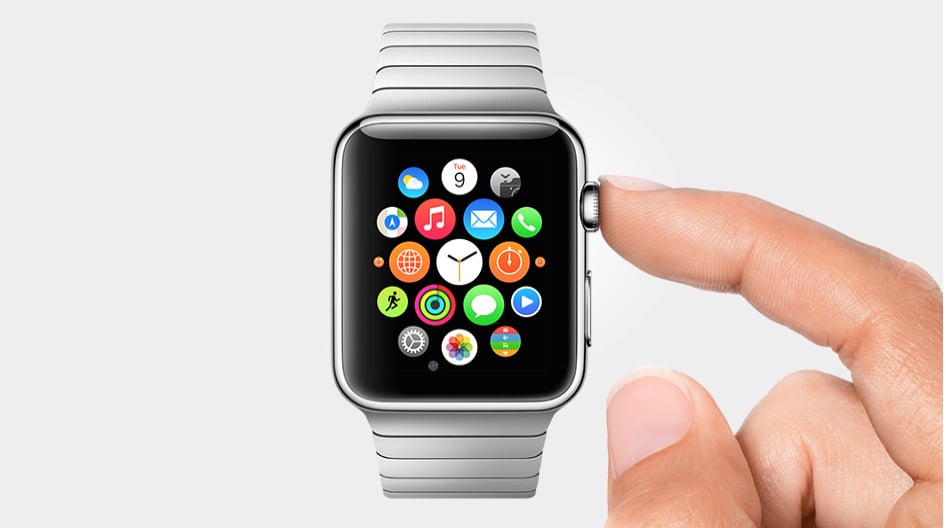 Apple announced two new iPhones today, but it had one more thing . . . the Apple Watch. According to Apple CEO Tim Cook, this stunning new product is the next chapter in Apple's story. The futuristic watch works seamlessly with the iPhone, is a comprehensive fitness device, and is highly customizable, according to the company. Cook said instead of cramming the iPhone into a watch, engineers completely reimagined the user interface. Here are some details: