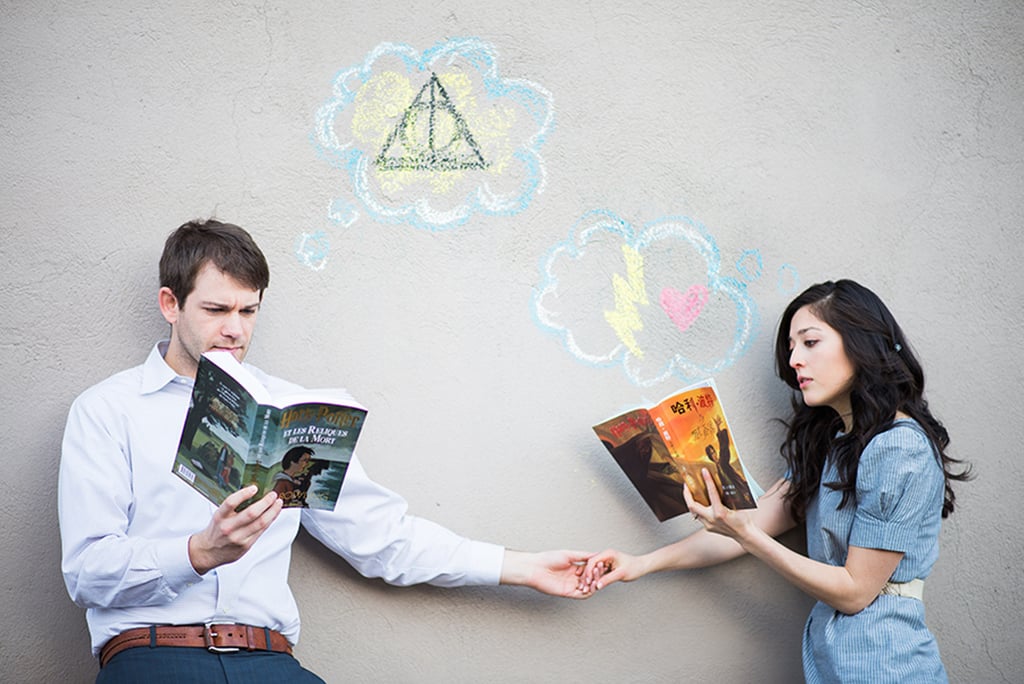 Could This Harry Potter-Themed Engagement Be Any More Magical?

When it came to their engagement shoot, Justine and Hunter decided on a more, well, magical approach. The pair chose a slightly nerdy yet adorable literary theme inspired by Harry Potter and the Wizarding World of Hogwarts. If that isn't cute enough, the couple each had a Harry Potter book written in French and Japanese, the languages they just so happen to speak. Justine and Hunter also included a staged wand duel that ended in a romantic hug and kiss as the two admitted they were in love. J.K. Rowling would definitely approve. Plus, the historic scenery of Morris Avenue in Birmingham, AL, kind of looks like Diagon Alley, don't you think?

Wedding
This Couple Hiked a Mountain at Dawn For Their Elopement, and the Pictures Are Breathtaking
by Haley Lyndes 1 day ago