This week, our favorite geeks on Twitter traveled to Geeklandia, also known as San Diego, CA, for Comic-Con 2013. In other news, Felicia Day gets her face immortalized as latte art, and J.J. Abrams hits the convention floor. See Felicia, J.J., and more in our top five tweets of the week from geeks we love! 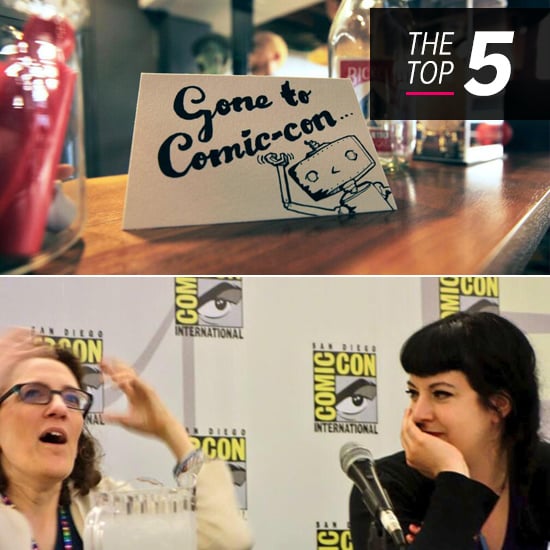 More of the top geeky pithy messages after the break.

Veronica Belmont, host of The Sync Up, has one very determined, tech-savvy kitty.

Can you guess where director J.J. Abrams is? The Comic-Con convention floor!

If you're not following @george_10g for his epic latte art, you are missing out! And it's not just cause he made me: pic.twitter.com/dBLHS1G0YM

This photo captures how in awe I am with the amazing @JaneEspenson from our #EndBullying Panel at #SDCC pic.twitter.com/cElx5HPrJr

Digital CultureTwitter
Around The Web

Chrissy Teigen
Reporting From Chrissy Teigen's Living Room, Here's Luna Stephens With the News: "Nothing!"
by Chanel Vargas 2 weeks ago