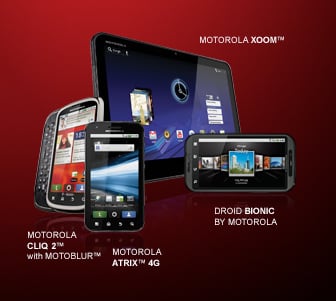 The Motorola CES press conference is going on right now, but it seems that the company has already released a promo image for its Honeycomb tablet, called the Xoom, along with another device called the Droid Bionic.

Update: We've had a chance to get the details on the new products, and both are coming with dual-core processors (dual-core = fast!). First, let's talk about the Xoom. 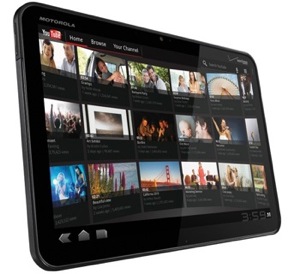 The Xoom will come stocked with:

The Xoom will be available in Q1 2011. Find out about the Droid Bionic when you read more.

The Droid Bionic is a new smartphone from Motorola that will come with dual-core 1Ghz processors, and should be available in Q1 2011. Check out the specs below: 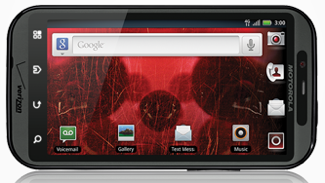