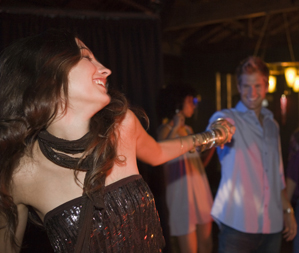 A good friend of mine is celebrating her birthday this week, and I've been tasked to make a geek-inspired playlist for the party. Since I already put together a list of the 10 geekiest songs on the radio, I've got a good head start. But besides recent hits from Lady Gaga, Beyonce, and Jay-Z, I know I'll have to reach a bit further into the archives for more geek-inspired songs. Take a listen to my finished mix when you read more.

Beyoncé Knowles
Ring the Alarm! The Peloton x Beyoncé Artist Series Is Back and Ready to Get Everyone Moving
by Angelica Wilson 1 week ago