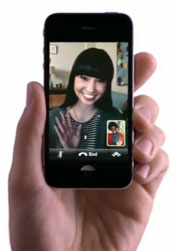 Verizon held off on announcing its data plan pricing for its new iPhone 4 during this month's press event, which brought up some cost concerns. However, the company has confirmed that it will be offering an unlimited data package for just $30 a month. With AT&T's recent restructuring of its data plans last year, this news may give Verizon a leg up by enticing new subscribers to head on over to its network and finally get its large population of feature phone users to upgrade to a full-fledged smartphone.

But be warned: the data buffet won't be open forever. Find out more after the break.

According to The Wall Street Journal, Verizon's $30 unlimited data plans will be offered for a limited time only and, as previously reported, will switch to a tiered structure (a la AT&T) in the "not too distant future." While I'd recommend signing up with Verizon for an iPhone 4 ASAP if you've been thinking about it, I can't help but warn you about the potential awesomeness of the iPhone 5, now said to be coming with NFC chips. Meaning, you'll soon be able to use your iPhone 5 to make payments without downloading payment apps or inserting dongles.

Tech News
The iPhone 12 Pro Comes in Pacific Blue, and It's Such a Pretty and Relaxing Color
by Emily Forney 2 days ago

Health and Safety
How Often Should We Be Disinfecting Our Smartphones? An Expert Explains
by Brittany Natale 2 days ago