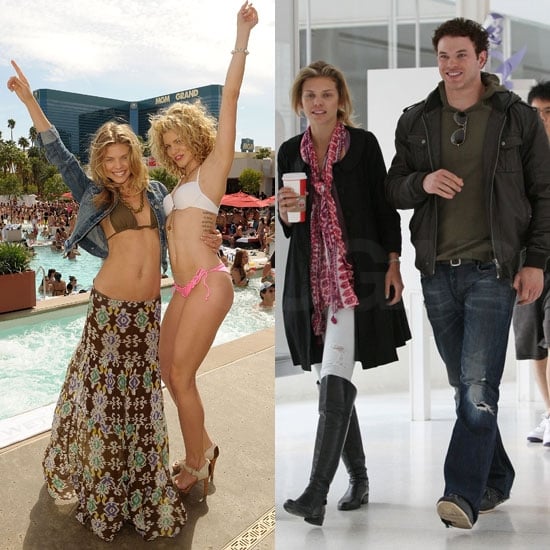 AnnaLynne McCord Trades Vancouver and Kellan For Vegas and Bikinis

AnnaLynne McCord was in Vancouver last week, spending time with boyfriend Kellan Lutz while he finished up work on Breaking Dawn. He and costars Ashley Green and Jackson Rathbone were spotted out and about the city during breaks from the set, but they all apparently have finished their parts in the final installment of the Twilight series. AnnaLynne left Canada by Friday, though, so she could join her sister Angel McCord at Las Vegas's Wet Republic for a pool party that afternoon, which was reportedly held to honor Kellan's brother Brandon's bride-to-be Sara Oriolo. AnnaLynne grabbed the mic to say, "Hello everybody, I want to introduce the future Mrs. Lutz. I'm very, very excited about her big day next week. Say congratulations to Sara everybody!" The McCord girls threw on bikinis for a fun few hours of posing by the water, but AnnaLynne opted for more coverage with a jacket and skirt as Angel showed a lot of skin in a two-piece and heels.