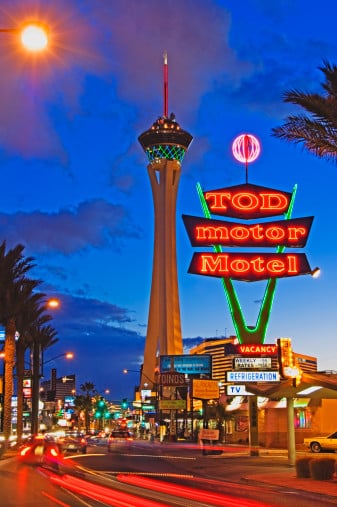 Travel season is upon us, and I'll be the first to say I have champagne taste, but am confined to a beer-sized budget. Finding deals on hotels and flights has never been so important, especially with gas prices and travel costs through the roof! So lately, Priceline's "Name Your Price" feature (you know the commercials — William Shatner is the "Priceline Negotiator"?) has been looking more and more attractive, but I've heard a story or two about users who have been less than thrilled with their rooms once they've arrived.

My girl Petsugar has been there and told me about a site she found that deconstructs the rules and ways of Priceline's hotel selection process. Dubbed BiddingForTravel, this site schools you on some sweet tips and tricks to using Priceline, and now Petsugar can even guess (correctly!) which hotel she is bidding on!

Go through BiddingForTravel's helpful FAQs first to learn how Priceline chooses your hotels and flights, then start bidding. If it's all too much and you need further help, request for bid assists from the pros to help you get the room and location you want for your next vacay. That's what I call full service!

Want some more tips on how to bid for rooms on Priceline? Then just read more.

Image Source: Getty
Get Cheap Rooms With These "Name Your Own Price" Tips  originally posted on POPSUGAR Tech
Tech TipsTipsTravel
Around The Web

Halloween
Down For a Spooky Road Trip? These Are the 11 Most Haunted Roads in America
by Camila Barbeito 1 day ago

Halloween
Where Was Hubie Halloween Filmed? It Wasn't All Filmed in Salem
by Corinne Sullivan 1 week ago

Hocus Pocus
I Lived in Salem, and This Is What It's Really Like During Halloween
by Haley Lyndes 1 week ago