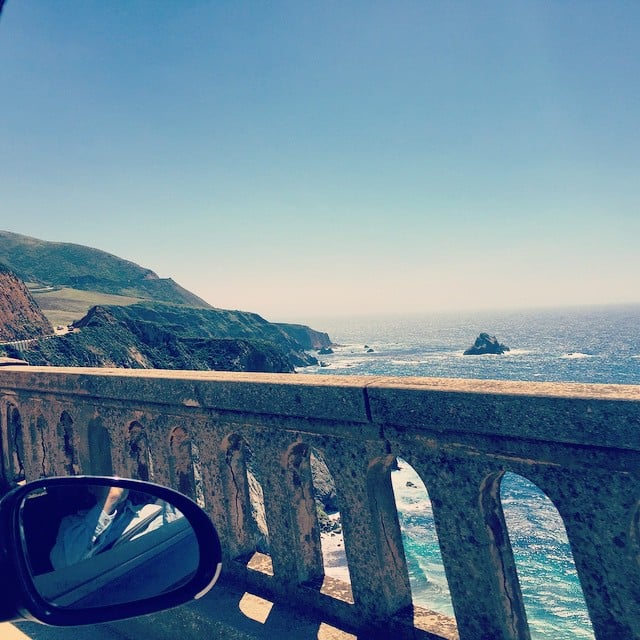 I was working my restaurant hostess job after my shift at my unpaid magazine internship in South Carolina when I got the text from my boyfriend: "I got the job." My heart raced as I rushed to the bathroom to sneak a moment of texting. "Oh my god," I wrote. "Let's move to San Francisco." It was September 2014 and I had graduated from UNC-Chapel Hill the previous May with a B.A. in communication studies, a minor in English, and a major dose of anxiety about what I was going to do with the rest of my life. The goals I had for myself only existed in my imagination as far-fetched dreams that I convinced myself wouldn't come true. I knew that I wanted to land my dream job in the journalism industry, but I didn't know quite how to get it — I did, however, know where I had to go, and that was anywhere but where I was. It was time for a change.

So approximately three weeks after my boyfriend sent me that text, we packed every inch of his 2007 Volkswagen Rabbit, hugged our parents hard, and started on our 2,701-mile drive from our hometown in North Carolina to California. I had no job, we had no place to live, we didn't know a single person in California — I had never even been before — but we did it anyway. The decision was terrifying, exhilarating, and, without a doubt, the best one I have ever made. 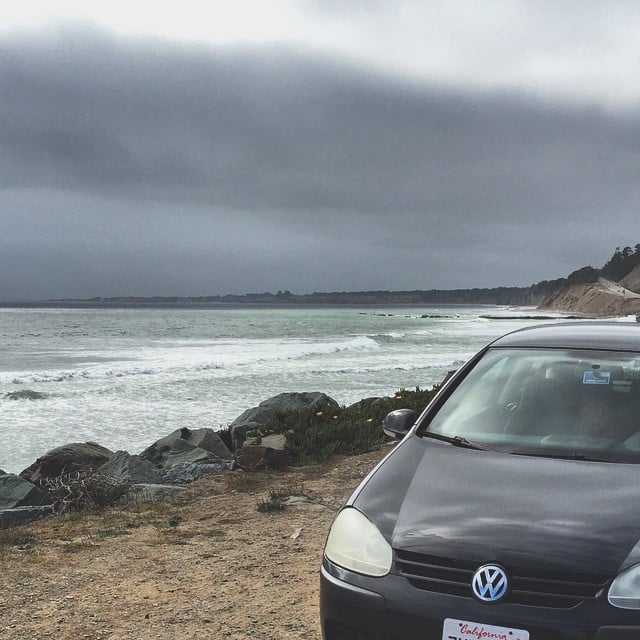 Fast forward to now, and I still have to pinch myself when I think about what my life is like. I did get my dream job. I live in an apartment with a view in San Francisco (yes, SF has the most expensive rental market in the US, so yes, I live in a studio with my boyfriend, but that's another story). The point is that now I have the life that Postgrad Me would have laughed at and said "yeah right" if Current Me would have told her two years ago. But somewhere between graduation and now, I realized three things. The first is that confidence is key. (You know that "comparison is the thief of joy" quote? It's 100 percent true. Stop envying others' success and focus on your own.) Two, you really can do anything you set your mind to. And three, your happiness is the most important thing, and if you're unhappy, you have the power to change that. Who says you have to take a job in the city closest to you? Or buy a house by the time you're 30? Think about what really excites you, and do that instead.

I know that making such a huge move isn't something everyone can just do on a whim, and of course it helps that my boyfriend landed a job that allowed us to make the move in the first place, and I'm forever grateful that we got that initial opportunity. I'm proud that I worked hard to get to where I am now, and the first few months after such a big life transition didn't come without their fair share of struggles. I applied to jobs for months while I was completely broke and living in an apartment with nothing but an air mattress on the floor (thankfully, Taylor Swift's 1989 came out in October 2014, which is what got me through that). But every moment of frustration was worth it.

I say all this not to brag about my experience but to encourage you to take the risk if you have a voice in the back of your head telling you to make a big change in your life after college graduation, whether that's a cross-country move, a gap year of traveling, or quitting your unsatisfactory job to try to land your dream one. The best part of fearing the unknown is discovering the amazing opportunities that are waiting for you. Just do it while you're young and you can. It might be the best decision you ever make.

Image Source: POPSUGAR Photography / Erin Cullum
Why Moving Across the Country After College Was the Best Thing I Ever Did  originally posted on POPSUGAR Money & Career
CareersPersonal EssayAdviceCollegeTravelLife HacksMillennialsTravel TipsGraduation
Around The Web

Healthy Living
I Decided to Fight Hustle Culture by Doing Less, and I'm Not Turning Back
by Ashley Broadwater 23 hours ago