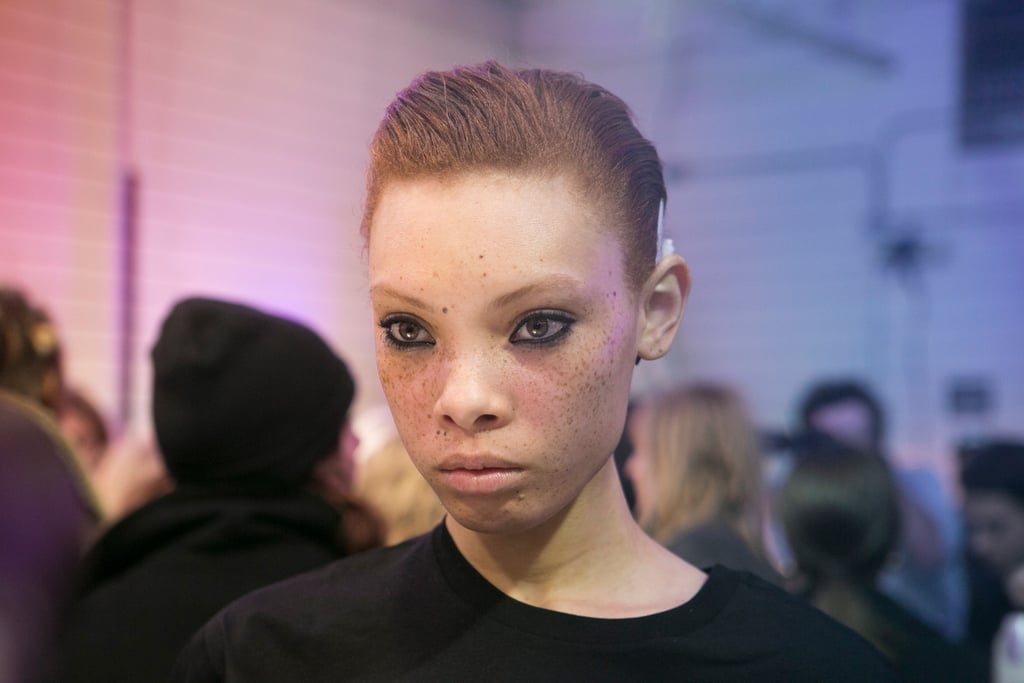 For the past several seasons, Alexander Wang has kept his models' hair and makeup pretty minimal, and his New York Fashion Week Fall 2017 collection was no exception. For this runway, he channeled the "nocturnal party girl," but unlike the go-to 3 a.m. chick that wears thick layers of smudgy eyeliner or smeared statement lips, Wang relied on confident, understated minimalism.

Each model's overall look was slightly different, and hair and makeup artists played into their features and personality. Alex "wanted the girls to have their own individual feel," says Diane Kendal, lead makeup artist for the show. Some models wore NARS Minorque Kohliner ($26, NARS Cosmetics) — a midnight black eyeliner — "very close to the lashes on the top and bottom waterline, then slightly smudged out with a clean brush." Others only had mascara on their eyes. For everyone, brows were kept natural, and Rosebud Salve was dabbed onto the lips.

As for hair, some models sported shaggy curls with fringe falling into their eyes, some wore it swept up, some had tousled, quasi-structured bobs, and some had that effortless slept in, partied in thing going (which requires more manufacturing than you'd expect) via Redken Wax Blast ($19).

"This show is all about personality," says Guido Palau, global creative director for Redken. "Alex casts these different girls for all their individualities and all their different kinds of beauty. We've got sexy girls and tough girls and girls celebrating all their natural texture."

We argue that you don't have to wait for the clock to strike midnight to wear this nocturnal afterparty look. It's confident, it's sexy, and it says, "I'm not afraid to express myself" — and that's something you can wear any time of the day.

Beauty Trends
Too Lazy For the Salon? Try These Nail Wraps to Get a Great Manicure in Minutes
by Sydni Ellis 4 days ago 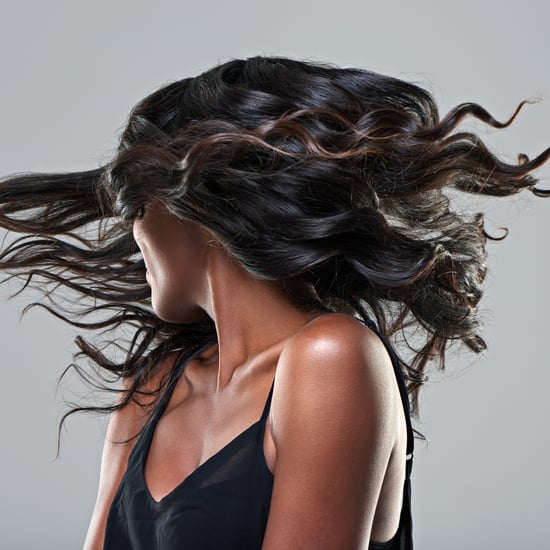 Beauty Trends
Relaxed Hair Has Made a Comeback on Social Media, Reigniting a Debate on the Straight Style
by Nateisha Scott 4 days ago