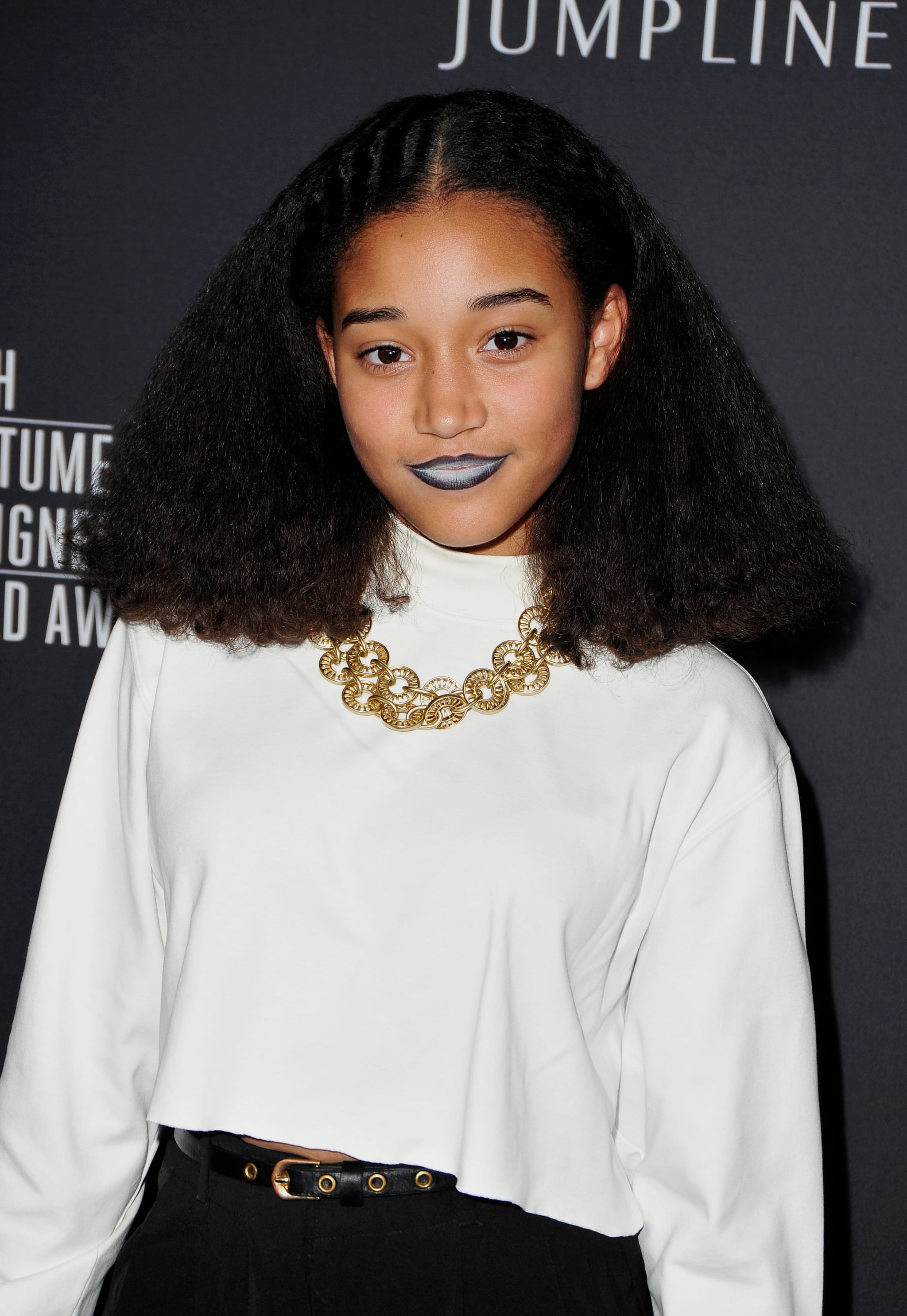 Amandla Stenberg just took us all to school. The 16-year-old actress most known for her role as Rue in The Hunger Games posted this video to her Tumblr that breaks down cultural appropriation as it pertains to Black hair (and more). The clip is aptly named, "Don't Cash Crop My Cornrows." The four-minute video was a part of a history project the teen did for school, but since then it has gone viral starting an important conversation about race and beauty.

Merriam-Webster defines appropriation as the unlawful taking or withholding of something from the rightful owner under a guise of authority. Amandla argues that the popularity of hip-hop and R&B has facilitated the spread of cultural appropriation. As Black music became more acceptable in popular culture, so did the styles of the artists creating the music. Dreadlocks, cornrows, and twists have now become "mainstream" for white musicians as well as their Black cohorts.

Taking it one step further, Amandla notes that, "Appropriation occurs when the appropriator is not aware of the deep significance of the culture that they are partaking in," she said, "Braids and cornrows are not merely stylistic. They're necessary to keep black hair neat." As an example, every Summer my mother would take a few hours to cornrow my hair in order to keep it from getting tangled at the beach or during swim lessons. Otherwise, my hair would have been a matted mess that required daily attention. My mother didn't learn to braid from watching tutorials, it was a hairstyling skill that was passed from mother to daughter — out of necessity.

While I agree with Amandla, that I am seeing even more traditional Black hairstyling methods used backstage at Fashion Week and on the red carpet. I would have to argue that this is only the most recent iteration of something that has been going on for decades. Big hair became popular in the '70s thanks to the Afro, cornrows with beads were a hit in the '80s after Bo Derek took her beach run, and baby hair is popping up on all the runways thanks to the love of "urban" style.

Furthermore, the appropriation of Black culture isn't just happening in the beauty realm. Certain mainstays of our culture are suddenly becoming trendy from the fashion we wear to the way we dance to the size of our butts. But once cornrows and hip-hop aren't "trendy" anymore, where does that leave the styles we have celebrated in Black culture all along?