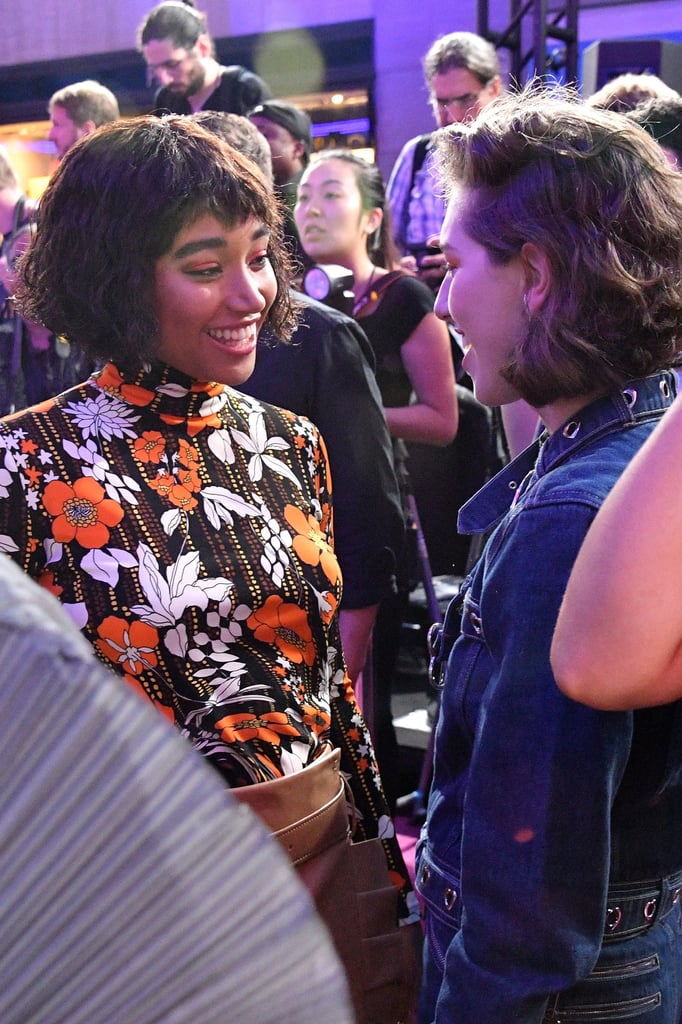 Amandla Stenberg Gets Matchy-Matchy With Her Girlfriend at the VMAs

Some people have been known to adopt the same look as their significant other after being in a relationship for a while (looking at you, Brad Pitt), and two people at this year's VMAs did just that.

Amandla Stenberg and Mikaela Straus have been reportedly dating since July, with Straus referring to Stenberg as her girlfriend in a Billboard interview, but we weren't ready for the sweet photos that emerged from their night at the VMAs. They turned up to the annual event matching in a way only beauty enthusiasts would appreciate: the pair wore matching orange-hued eye shadow and similar tousled hairstyles. The pair had the same shoulder-length hair and wavy texture, courtesy of Stenberg's hairstylist Lacy Redway.

Celebrity Couples
A Look at Chrishell Stause's Relationship History: From Matthew Morrison to Justin Hartley
by Monica Sisavat 7 hours ago

Oscars
Lady Gaga Was Pulled Over by Tiffany's Security After the Oscars . . . on Her Way to Taco Bell
by Perri Konecky 12 hours ago

Celebrity Instagrams
The Bachelor's Colton and Cassie Have Split: "It's the Start of a Whole New Chapter"
by Monica Sisavat 12 hours ago