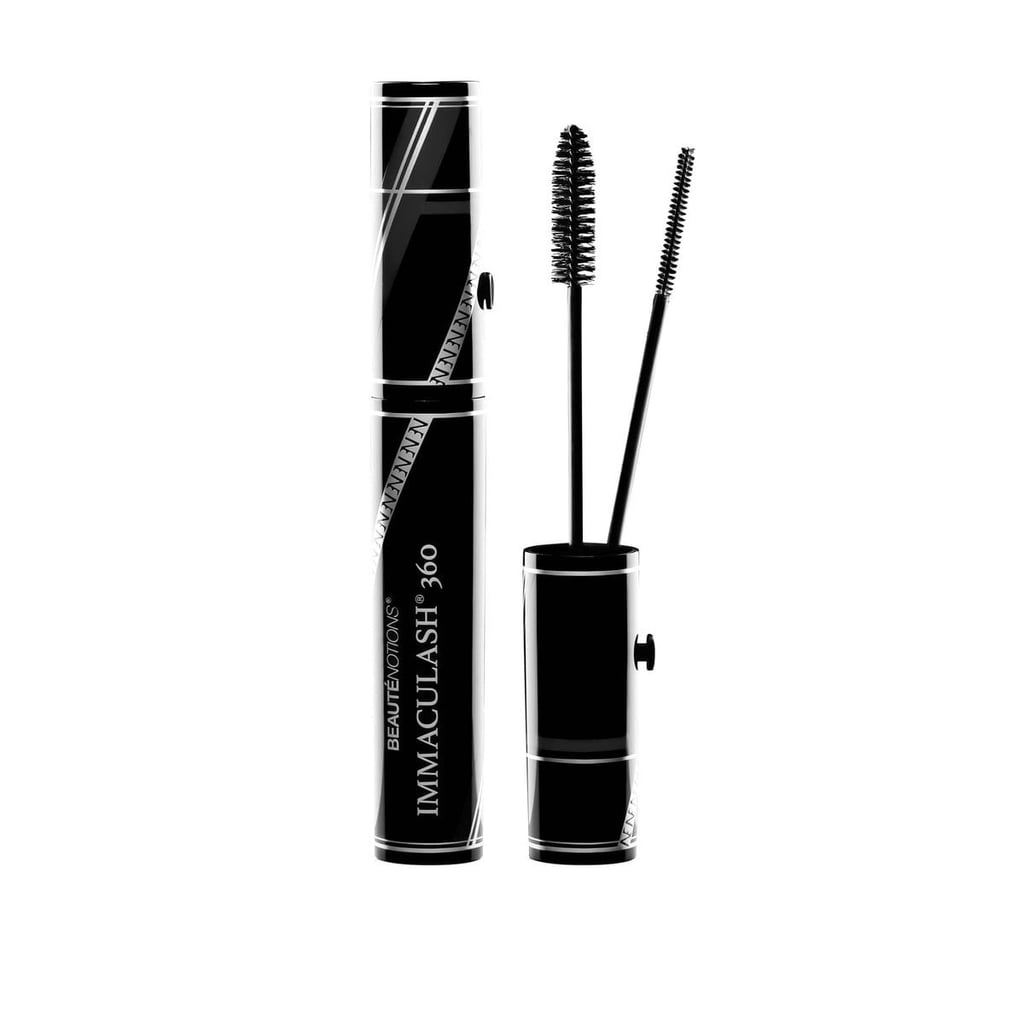 Pyramid schemes, our current border-control plans, and ads for "pain-free" waxing kits — there are enough scams in this world. Admittedly, I thought the Beautenotions Immaculash 360 Mascara ($35) would be one of them when I first saw it. I thought, "Do I really need two brushes for my lashes?" After trying it, I'm convinced that the answer is yes.

The dual-wand sprang out of the tube when I opened it, and the label claimed the two were meant to sandwich lashes for length and volume. The smaller of the two was thin and perfect for getting close to the lash line, and reaching the hairs at the inner corner of the eyes. The other looked like the typical mascara comb. I positioned my lashes in between the two prongs, and pressed the button on the wand's handle that clamped the two combs together. When the wands closed on my lashes, I slowly swiped them upwards from the root to tip. My lashes were lifted and separated after my first swipe.

The subsequent motions lengthened and separated the fibers further until I had fluttery, long lashes that never felt weighed down. Then, I used the thin spoolie to carefully comb the fine strands of my bottom lashes. Typically, I skip mascara on my lower lashes because of how wispy they are.

Somehow, Beautenotions created a mascara that does the work of three lash tools. Genius.