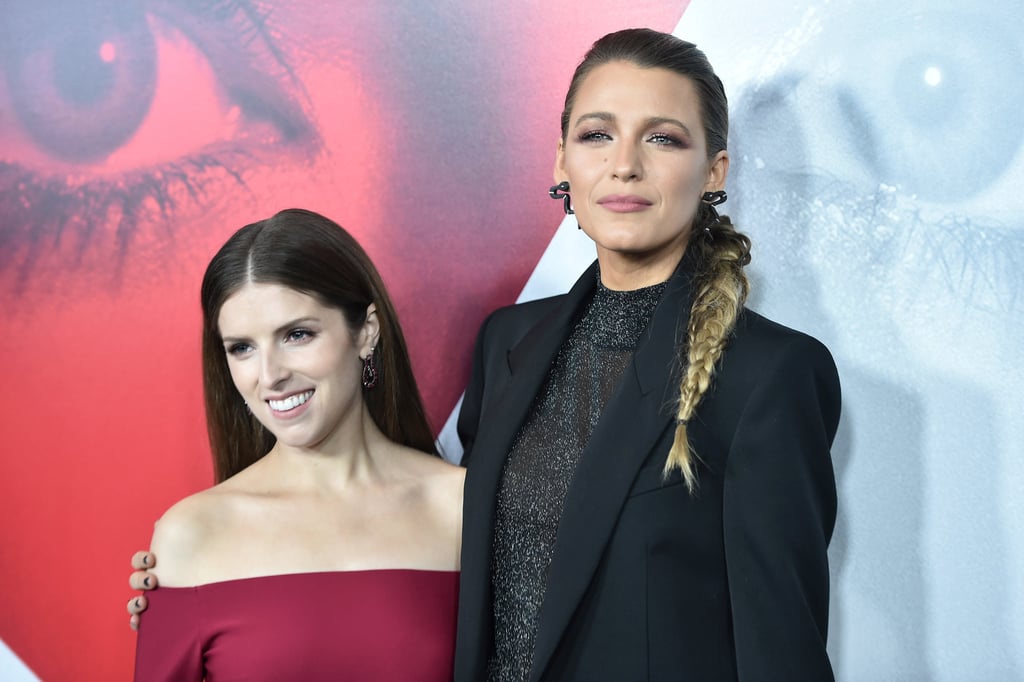 Blake Lively stepped out for the premiere of A Simple Favor in NYC on Monday looking stunning as usual. Ryan Reynolds joined her on the red carpet at the Museum of Modern Art to celebrate the highly anticipated mystery thriller film, which hits theaters Sept. 14. It's hard not to focus entirely on Lively's sharp black suit, but if you zoom in on her manicured nails, you'll notice a cool detail that pays homage to her character in the film: a martini glass. (It is used as a symbol throughout the film.)

Celebrity nail artist Elle created the look by using shimmery black nail polish and Swarovski crystals for the martini's "glass" and "stem." This sneaky detail is nothing new for Lively, who usually matches her nails to her outfit. Ahead, see photos of the actress's brilliant mani, and take a look at the exact polish she wore — which only costs $7.

Red Carpet
Who Can Think About Low-Rise Jeans When We Have Vanessa Hudgens's Jaw-Dropping Hip Cutouts?
by Sarah Wasilak 1 hour ago