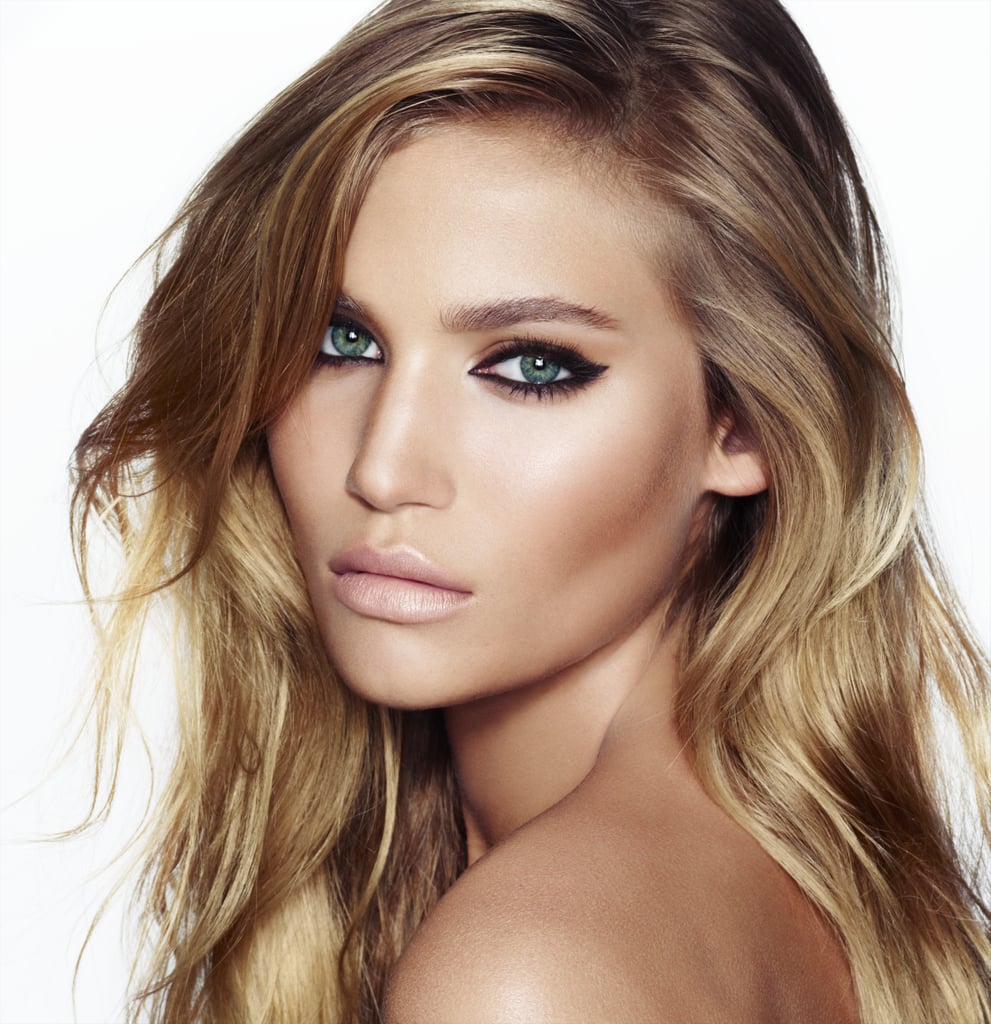 The Makeup You Need to Look Like Kate Moss

If you call yourself a beauty junkie, you already know what this post is about. You've seen the sneak peeks on Instagram, perhaps you've gone abroad to London to get it first, or maybe you even bid on it on eBay. I'm talking about celebrity makeup artist Charlotte Tilbury's premiere eponymous makeup line, which just launched in the US at Bergdorf Goodman.

The British maven has a massive offering (she's got everything from the cult favorite Magic Cream for the face to blush-and-bronzer duos to every lipstick shade imaginable). There are rose-gold-colored makeup tools, glow-enhancing illuminators, and rocker-chic eye shadow palettes that will become your new night-out staple. Fact: after the editor launch for this event, I called in a bunch of extra goodies and have been using them nonstop (specifically the foundation, the aforementioned illuminator, the brow pencil, gel eyeliner, and blush). Charlotte's makeup is dreamy, the pigments are perfect (softly sparkly in that pearlescent way), and it really does make me feel like a celebrity. That would make sense since Charlotte is responsible for countless magazine shoots and painting such famous faces as Kate Moss, Penélope Cruz, Gisele Bündchen, and Rihanna. Still, many of the shades in her line were also inspired by beauty icons like Marilyn Monroe and Grace Kelly. And to make it even easier for mere mortals like us, she created user-friendly color sets such as The Glamour Muse, The Vintage Vamp, and The Golden Goddess, so you know which lipstick to pair with which blush and eye shadow. It's like having a private makeup artist — except you can do it at home.

In honor of this big beauty news, we have exclusive quotes from Charlotte about five standout pieces that were specifically inspired by her Hollywood clients. Read on to learn more about the makeup you're going to want to shop ASAP!

Celebrity Beauty
More of This, Please: Lourdes Leon Normalizes Body Hair in a Selfie With Mom Madonna
by Karenna Meredith 1 hour ago

Lil Nas X
Lil Nas X Shines Bright With a $30,000 Diamond Manicure and Matching Grillz For His Birthday
by Karenna Meredith 1 day ago

by Navi Ahluwalia 29 minutes ago