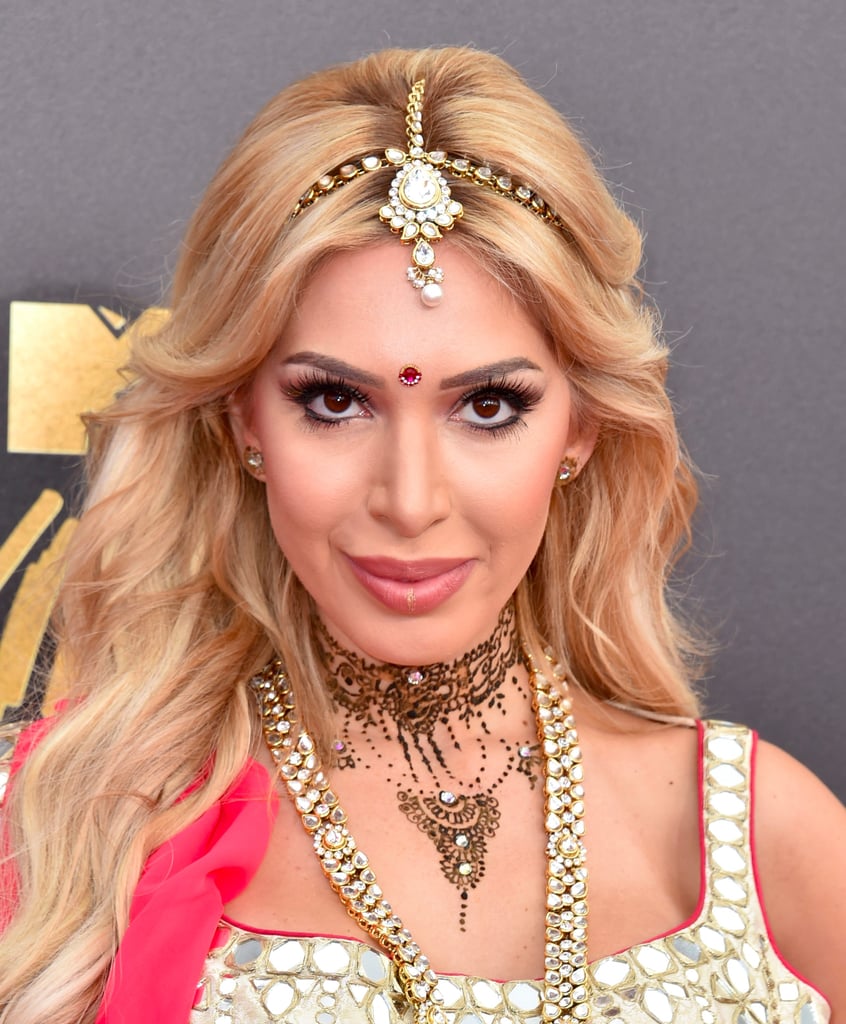 Farrah Abraham Responds to Cultural Appropriation Claims: "I Wanted to Bring Culture to the Red Carpet"

Teen Mom star Farrah Abraham is stirring up controversy on the MTV Movie and TV Awards red carpet. The reality TV personality chose to wear a bindi on her forehead, mehndi on her hands, and a maang tikka in her hair, along with a traditional lengha to the event. (Reminder: Farrah has said she is of Syrian, Italian, Sicilian, and Danish descent).

Twitter users were livid, slamming her for cultural appropriation. After all, facets of Farrah's look are of special significance in Indian culture, with mehndi and maang tikka being traditionally worn by brides, while bindi are religious or spiritual embellishments, worn daily or at celebrations.

However, according to outlet TooFab, which got an exclusive interview with the star, Farrah is not concerned "at all" about being accused of cultural appropriation. In fact, she wore this look specifically because she "wanted to bring culture to the red carpet."

"I think this will inspire others to embrace new cultures and have good experiences," Farrah told TooFab, adding that her controversial look made her feel "freaking amazing, Bollywood and sexy!"

Read on to see more shots of Farrah, then check out some of the backlash she's getting on Twitter.

Related:
All the Jaw-Dropping Beauty Looks You Need to See From the MTV Movie and TV Awards
Previous Next Start Slideshow
Beauty NewsBeauty TrendsRed CarpetCelebrity BeautyMTV Movie And TV Awards