The Reveal in Action

Going all out for gender reveals has become the norm, and people are constantly trying to find ways to get creative. We've seen a whole lot of cakes, but not once have we seen a candle-topped cake as part of a manicure — until now. A viral video of these gender-reveal nails is making the rounds on Instagram after a nail artist named Marsha from Trend Setters Hair Studio in Cincinnati posted her eye-catching handiwork.

"My coworker Sherice is expecting her second child. She wanted me to do some gender-reveal nails because she had never seen any before," Marsha told POPSUGAR. "She gave me full range to do whatever I wanted, so the cake is what I came up with." She nailed it . . . pun intended. "We used her cousin as a model because we didn't want to risk Sherice finding out what she was having," Marsha added.

The fake nails were decked out with both pink and blue, and a miniature cake accessory sat right on top of the middle finger. To get to the big reveal, someone lit the cake candle, and onlookers watched as the flame took off and turned blue (don't worry, no one was hurt, even though a few sparks flew!). See the nails in action ahead, and check out even more gender-reveal nail art ideas. 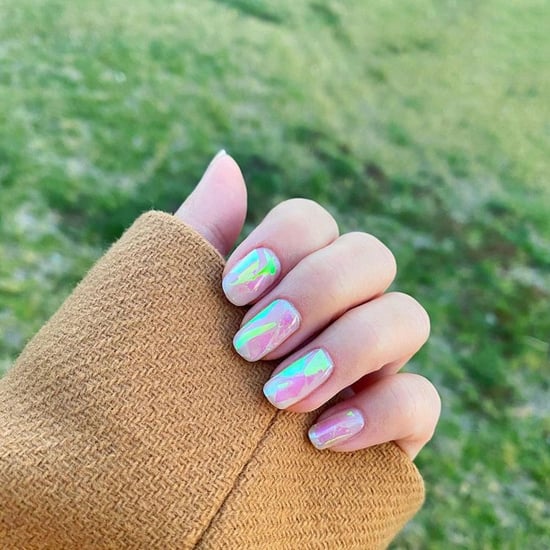 Beauty Trends
"Ice Cube" Nails Are Trending For Spring, and Not Gonna Lie, They Look Luxe AF
by Danielle Jackson 1 week ago 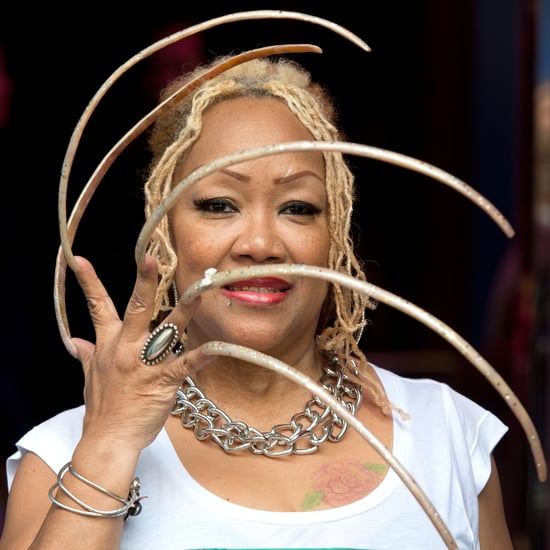 Beauty News
The Woman With the Longest Nails in the World Cut Them After 30 Years, and There's a Video
by Jessica Harrington 1 week ago

Beyoncé Knowles
Beyoncé and Blue Ivy Got Mother-Daughter Manicures, and We'd Give Anything to Be Invited
by Jessica Harrington 1 week ago